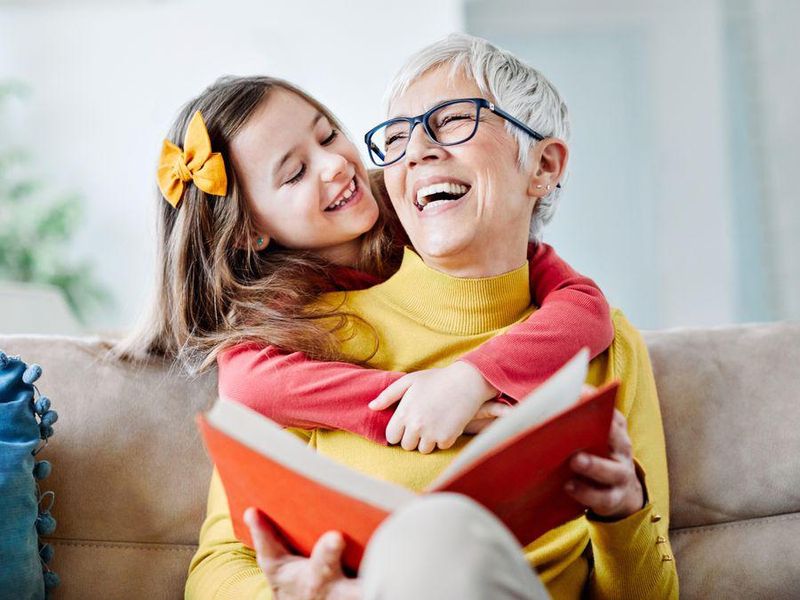 Grandmother's Brain In Sync With Her Grandkids': Study

Grandmothers can have a strong bond with the little children in their families -- and the connection even shows up on brain scans, researchers say.

The investigators embarked on a unique study, looking at the brains of older women -- not for signs of dysfunction, as with dementia, but to study their connections with their grandchildren.

The researchers wanted to understand the brains of healthy grandmothers and how that may relate to the benefits they provide to their families.

For the study, Rilling's team gathered 50 participants who completed questionnaires about their experiences as grandmothers. The women provided details about how much time they spend with their grandchildren, the activities they do together and how much affection they feel for them.

The team also used functional MRI to measure the women's brain function as they viewed pictures of their grandchild, an unknown child, the same-sex parent of the grandchild, and an unknown adult.

Most participants showed more activity in brain areas involved with emotional empathy and movement when viewing pictures of their own grandchildren than when they were viewing the other images.

The grandmothers whose scans showed more strongly activated areas involved with cognitive empathy when viewing pictures of their grandchild had reported in the questionnaire that they desired greater involvement in caring for the grandchild.

In addition, when grandmothers viewed images of their adult child, they showed stronger activation in an area of the brain associated with cognitive empathy. This indicates they may be trying to cognitively understand what their adult child is thinking or feeling and why, but not as much from the emotional side.

"Young children have likely evolved traits to be able to manipulate not just the maternal brain, but the grand maternal brain," Rilling said in a university news release. "An adult child doesn't have the same cute 'factor,' so they may not illicit the same emotional response."

Rilling is a leader in researching the neuroscience of fatherhood, less explored than that of motherhood. Co-authors of the study are Minwoo Lee, a PhD candidate in Emory's department of anthropology, and Amber Gonzalez, a former Emory research specialist.

"Here, we're highlighting the brain functions of grandmothers that may play an important role in our social lives and development," said Lee, who also said he could relate to the research because of his own close connection with his grandmothers. "It's an important aspect of the human experience that has been largely left out of the field of neuroscience."

Humans are cooperative breeders, meaning that mothers get help caring for their offspring, although the sources of that help vary both across and within societies, the study authors explained.

Rilling said that although it's often assumed that fathers are the most important caregivers next to mothers, sometimes it's grandmothers.

The "grandmother hypothesis" posits that the reason human females tend to live long past their reproductive years is because they provide evolutionary benefits to their offspring and grandchildren, the researchers noted.

Evidence is also accumulating that positively engaged grandmothers are associated with children having better outcomes on a range of measures, including academic, social, behavioral and physical health, according to the study authors.

Compared with results from an earlier study by the Rilling lab in which fathers viewed photos of their children, grandmothers more strongly activated regions involved with emotional empathy and motivation, on average, when viewing images of their grandchildren.

"Our results add to the evidence that there does seem to be a global parenting caregiving system in the brain, and that grandmothers' responses to their grandchildren maps onto it," Rilling said.

The findings were published Nov. 16 in the Proceedings of the Royal Society B.

Learn more about child development, which can be influenced by parents and grandparents.