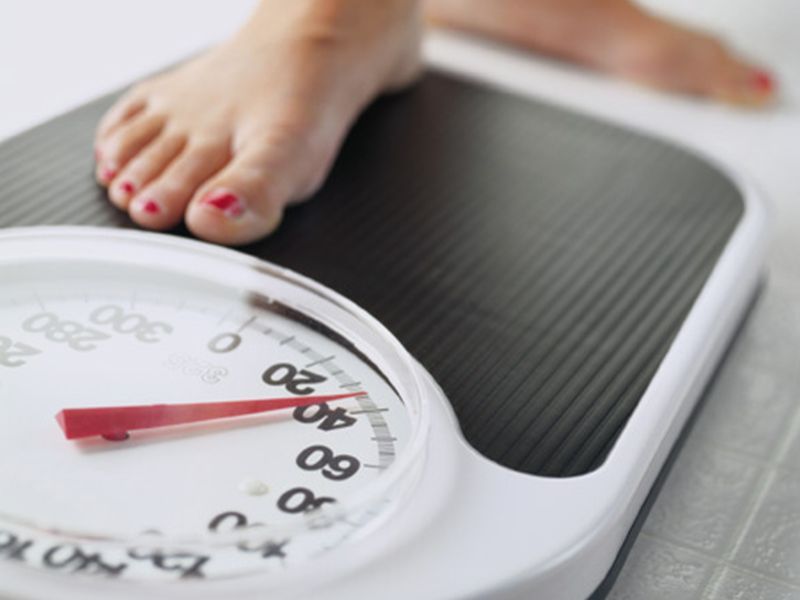 Here's a compelling reason to shed those extra pounds: A new study finds that middle-aged people who are obese, or even simply overweight, may face more health problems down the road.

The study, of nearly 30,000 men and women, found that the more people weighed around age 40, the greater their odds of chronic health conditions after age 65. And obesity, particularly severe levels, ultimately cut people's lives short by five years, on average, compared to those who were in the normal-weight range.

"There are serious health consequences to obesity that should not be ignored," said lead researcher Dr. Sadiya Khan. She is an assistant professor at Northwestern University Feinberg School of Medicine, in Chicago.

Class III obesity, once known as "morbid obesity," refers to a body mass index (BMI) of 40 or more.

"These patients are at least 100 pounds overweight, and often have conditions like high blood pressure and type 2 diabetes," said Dr. Vance Albaugh, a bariatric surgeon and researcher at Pennington Biomedical Research Center, in Baton Rouge, La.

Those people, Albaugh said, frequently need help beyond lifestyle changes - including medication or some type of weight-loss surgery. Those procedures alter the digestive tract to limit the amount of food a person can eat and the absorption of calories from food.

But this study shows that while class III obesity in middle age might be the biggest health threat, it is not the only one, Albaugh said.

"That's not surprising," said Albaugh, who was not involved in the research. But it underscores the potential benefits of healthy lifestyle changes for people with the common middle-age spread, he said.

"This suggests you can benefit from losing a small amount of weight, or just stopping yourself from moving into the 'obese' category," Albaugh added.

That's not to say weight loss - or more to the point, maintaining weight loss - is easy. The human body is more wired toward gaining weight than losing it, Albaugh said. So when calories are more scarce, the body responds by expending fewer of them.

On top of that, people generally gain weight as they get older, Albaugh noted. It all means that a middle-aged person trying to shed pounds may be fighting an uphill battle.

The good news, though, is that it's not all about the number on the scale, Albaugh said. People can still reap health benefits from eating well and exercising, even if the scale shows little change.

The new findings, published online March 15 in JAMA Network Open, are based on almost 30,000 Chicago-area adults who were followed for over 40 years. At the outset, they were 40 years of age, on average.

Overall, those who were overweight had a similar life expectancy as their counterparts with a normal BMI. But obesity took about two to five years from people's lives. People who were normal-weight died at age 82, on average, versus age 77 among those with class III obesity in middle-age.

But when it came to chronic health conditions, even overweight people were worse off. Compared with their normal-weight counterparts, they typically spent an extra year of their lives with conditions like heart disease, diabetes or stroke. That increased to two to three years among people who were moderately obese (class I or II) in middle-age.

Khan stressed that "it's never too early or too late" to make lifestyle changes for the better.

But she also said the burden should not be on individuals alone - especially people with low incomes who struggle to simply pay the rent. Khan said they need the help of policies that, for example, make healthy "whole" foods more accessible and provide "green spaces" for exercise.

Albaugh also suggested that people start with small changes that are achievable and, most importantly, sustainable. That could mean replacing sugary drinks with water, using the stairs instead of the elevator, or taking a daily walk around the neighborhood.