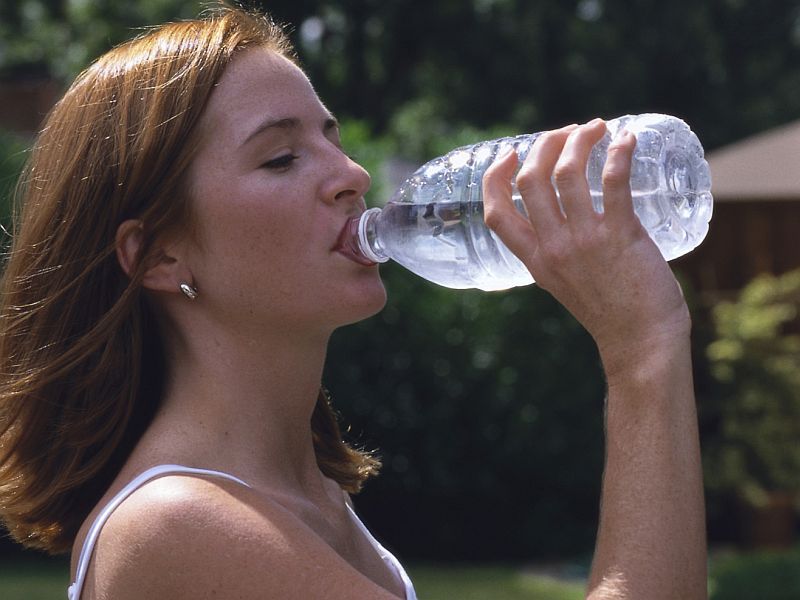 Is your plastic water bottle widening your waistline?

In a new study, Norwegian researchers said that chemicals in common plastic products like water bottles or food packaging may put you at risk of piling on the pounds.

"Our experiments show that ordinary plastic products contain a mix of substances that can be a relevant and underestimated factor behind overweight and obesity," said study co-author Martin Wagner. He is an associate professor of biology at Norwegian University of Science and Technology, in Trondheim.

Plastic packaging is widely used for food because it's cheap and can increase shelf life. But plastic contains thousands of chemicals, and researchers explained that some can get into your body and affect your metabolism and, therefore, your weight.

Their lab analysis of 34 everyday plastic products -- such as yogurt containers, drink bottles and kitchen sponges -- turned up more than 55,000 chemical components.

Of those, researchers identified 629 of the chemicals, including 11 known to interfere with human metabolism ("metabolism-disrupting chemicals").

Chemicals from one-third of the plastic products analyzed were found to contribute to fat cell development in lab experiments. Those chemicals reprogrammed precursor cells to become fat cells that multiplied more and accumulated more fat, the study team explained in a university news release.

Even some plastic products that didn't contain known metabolism-disrupting substances triggered development of fat cells, the study found. This means that plastics contain still unidentified chemicals that interfere with how our body stores fat, according to the authors of the study published Jan. 26 in Environmental Science & Technology.

"It's very likely that it is not the usual suspects, such as bisphenol A, causing these metabolic disturbances. This means that other plastic chemicals than the ones we already know could be contributing to overweight and obesity," said study first author Johannes Völker, who is affiliated with the university's biology department.

It was long thought that most chemicals in plastic products would stay in them, but Wagner's team has recently shown that the products release a large number of chemicals that can get into the human body.

Previous research has shown that some plastics contain endocrine-disrupting chemicals that may affect human development and fertility, and this new study shows they also may contribute to weight gain.

The Endocrine Society warns that plastics pose a threat to human health.