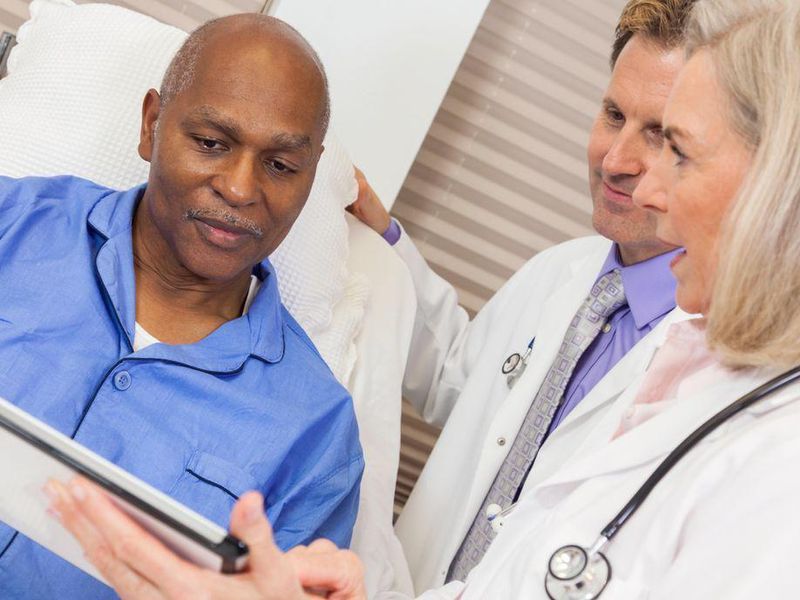 Researchers found that the shorter regimen — given over five weeks, instead of seven — did not raise patients' odds of lasting side effects.

Safety has been a "major concern" because when patients have fewer radiation treatments, the daily dose needs to be higher, explained Dr. Neha Vapiwala, a radiation oncologist who was not involved in the study.

But the new findings offer "level-one evidence" that a shorter course can be delivered safely, said Vapiwala, a professor at the University of Pennsylvania, in Philadelphia.

Prostate cancer is a highly treatable disease. In the United States, the 10-year survival rate stands at 98%, according to the American Society for Radiation Oncology. That means the impact of treatment choices on men's quality of life is particularly critical.

A shorter course of radiation is obviously appealing for its convenience. The new study was designed to find out whether fewer treatments would come at the expense of lasting side effects.

According to lead researcher Dr. Mark Buyyounouski, "Preserving quality of life was a major priority when testing the shorter treatment course. It is important for patients to know that accepting a more convenient treatment doesn't mean they have to compromise on quality of life."

The trial involved 296 men who'd undergone surgery for prostate cancer and needed follow-up radiation. Around half were randomly assigned to receive standard doses over seven weeks, while the rest were given higher doses over five weeks.

By the end of treatment, men on the higher-dose regimen were reporting more gastrointestinal symptoms, like cramps, diarrhea and nausea. But those problems resolved in both groups of patients, and were gone when the men were assessed six months later.

Radiation for prostate cancer can also sometimes cause urinary problems, like leakage or burning during urination. But on average, neither study group showed an increase in those symptoms, in the short term or over the two years after treatment.

"Short-term side effects of radiation therapy are well-established, and patients understand that," said Buyyounouski, a professor of radiation oncology at Stanford University School of Medicine, in California.

"What patients ultimately want to know is whether the side effects will go away, and that's what we saw in our study," he said in a society news release.

Buyyounouski presented the findings Monday at the annual meeting of the American Society for Radiation Oncology, held in Chicago. Research reported at meetings should be considered preliminary until published in a peer-reviewed journal.

Short courses of radiation are not new in prostate cancer. They have been an option for men who forgo surgery and opt to have radiation therapy alone.

However, shorter courses have not been routinely offered to patients who've had surgery, Vapiwala said. Most doctors, she added, have been waiting for clinical trial evidence first.

Shorter radiation regimens are not only more convenient for patients, Buyyounouski said in a meeting news release: They can also lessen their travel expenses and co-pays, and limit time away from work.

There are also benefits for the health care system, he noted, as insurers pay for fewer treatments, and radiation facilities can take more patients.

Vapiwala said the trial is "incredibly important" in showing that the shorter, higher-dose approach can be done safely.

"While there may be increased patient-reported side effects," she said, "these toxicities generally resolve with time and were not markedly worse with the shorter course compared to the standard one."

The American Cancer Society has more on treating prostate cancer.