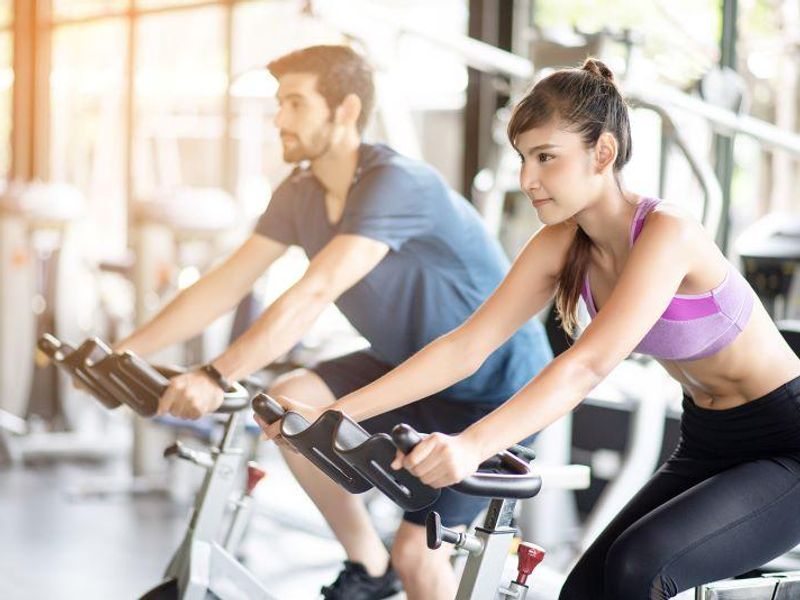 Exercise Might Ease Side Effects of Breast Cancer Treatment

An exercise program, even if it's not as intense as national guidelines suggest, could help breast cancer patients undergoing radiation therapy reduce fatigue and have a better quality of life, new research suggests.

Researchers from Edith Cowan University in Australia included 89 women in this study -- 43 participated in the exercise portion; the control group did not.

Exercisers did a 12-week home-based program. It included weekly resistance training sessions and 30 to 40 minutes of aerobic exercise.

Researchers found that patients who exercised recovered from cancer-related fatigue more quickly during and after radiation therapy compared to the control group. Exercisers also saw a significant increase in health-related quality of life, which could include measures of emotional, physical and social well-being.

"The amount of exercise was aimed to increase progressively, with the ultimate target of participants meeting the national guideline for recommended exercise levels," said study leader Georgios Mavropalias, a postdoctoral research fellow in the School of Medical and Health Sciences.

"However, the exercise programs were relative to the participants' fitness capacity, and we found even much smaller dosages of exercise than those recommended in the [Australian] national guidelines can have significant effects on cancer-related fatigue and health-related quality of living during and after radiotherapy," Mavropalias said in a university news release.

About 1 in 8 women and 1 in 833 men are diagnosed with breast cancer during their lifetimes, according to Living Beyond Breast Cancer, a Pennsylvania-based nonprofit organization.

“A home-based protocol might be preferable for patients, as it is low-cost, does not require travel or in-person supervision and can be performed at a time and location of the patient's choosing," he said in the release. "These benefits may provide substantial comfort to patients."

Study participants who started an exercise program tended to stick with it. They reported significant improvements in mild, moderate and vigorous physical activity up to a year after the program ended.

"The exercise program in this study seems to have induced changes in the participants' behavior around physical activity," Mavropalias said. "Thus, apart from the direct beneficial effects on reduction in cancer-related fatigue and improving health-related quality of life during radiotherapy, home-based exercise protocols might result in changes in the physical activity of participants that persist well after the end of the program."

Study findings were recently published in the journal Breast Cancer.

The American Cancer Society has more on exercising with cancer.