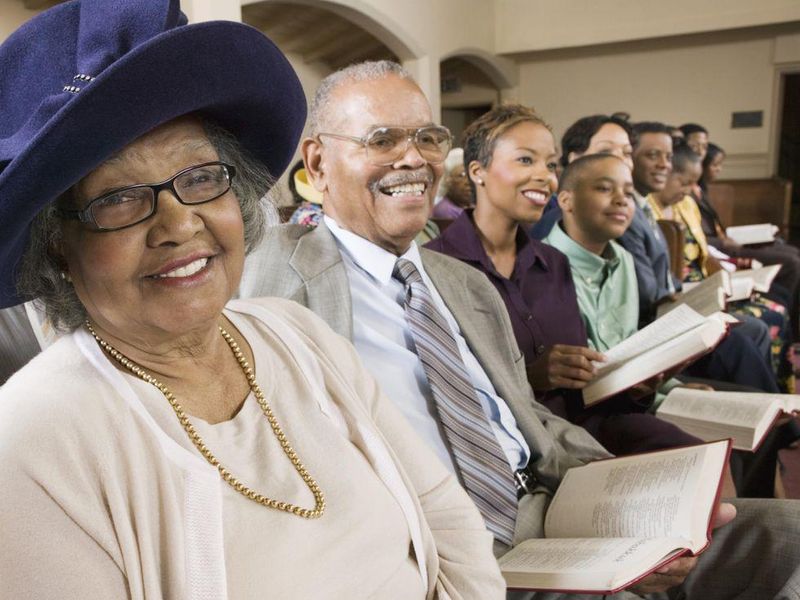 Places of worship may provide respite for Black men that not only enhances their lives, but may extend them, new research suggests.

"Black men have been oppressed, commodified, surveilled and criminalized like no other group in U.S. history and they often experience disproportionately high levels of social and psychological stress from structural racism, institutional discrimination and unfair treatment from early childhood through late adulthood," lead researcher Marino Bruce and colleagues said in the study.

At places like a church, mosque, synagogue or other center of worship, Black men find sanctuary where they can feel safe and free of judgment or suspicion, according to the study.

"Churches and similar institutions represent a safe space," Bruce said in a University of Houston news release. "They receive affirmation, and the messages delivered are intended specifically for them." Bruce is an associate dean for research in the university's Tilman J. Fertitta Family College of Medicine.

The new study suggests that regularly attending religious services may lower death rates for Black men in their 50s and older.

Those men who attended services at least once weekly had better health profiles than those who attended less frequently or did not attend, the study found.

For one thing, there was a higher percentage of nondrinkers and nonsmokers in the sample of regular attendees.

"Black houses of worship have traditionally been centers of advocacy," Bruce said. "Churches and church leaders have a history of being catalysts for social change that has transformed the lives of African Americans and other marginalized populations."

He noted that churches have been at the center of efforts to improve the daily lives of community residents by providing information related to jobs, health, recreation and general well-being. They have launched several historically Black colleges and universities. They have served as community health centers.

“Black houses of worship have offered and continue to offer resources that touch individuals and their loved ones during every phase of life,” Bruce said.

They also noted the powers of both prayer and positivity as they relate to health.

Still, while these houses of worship may be therapeutic, they're not a silver bullet, Bruce said.

"The tradition of worship includes time and space where individuals can lay their burdens down," he said. "When people participate in practices such as standing before an altar and participating in corporate prayer, they can realize that they are not alone, and their troubles are not insurmountable. These longstanding practices can help people get through whatever is ailing them. They're not a cure-all, but those long-held traditions provide positive energy needed to take on challenges and perhaps provide a new outlook on life."

The study findings were published recently in the journal PLOS ONE.

The U.S. National Center for Complementary and Integrative Health has more on meditation and mindfulness.