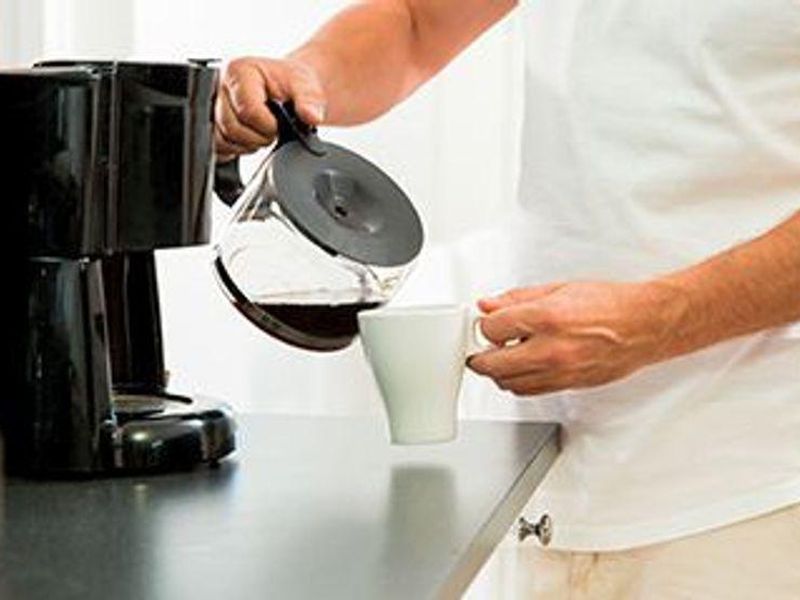 Coffee Might Give Some Men an Edge Battling Prostate Cancer

For some men battling prostate cancer, drinking coffee may offer not just a quick pick-me-up but longer survival.

Research is still in the early phases, but a new study finds an association between a genotype that metabolizes caffeine quickly and longer survival from prostate cancer. That genotype is called CYP1A2 AA.

“I'm very excited about this work because each time we're digging in deeper. I think it has some really interesting findings that say, ‘Hey, there may be something here.' We need to look more into what could be going on in terms of coffee and impact on people's lives, and especially those who are diagnosed with cancer,” said lead study author Dr. Justin Gregg. He is a urologic oncologist at the University of Texas MD Anderson Cancer Center in Houston.

Gregg said one of the most frequent questions he hears in his work is how can someone slow down a cancer or even prevent one from developing.

While there is a lot of interest in how diet and activity affect cancer risk, there aren't many specific recommendations, especially for patients already diagnosed with cancer, Gregg said.

Past research on coffee and its potential health benefits, with antioxidants that may affect inflammation, made it an interesting subject. Gregg said he was further intrigued by another study that looked at differing genotypes and the speed at which they metabolize caffeine.

This new study included data for prostate cancer cases across studies that were in the PRACTICAL Consortium, which stands for Prostate Cancer Association Group to Investigate Cancer Associated Alterations in the Genome. It included over 5,700 cases from seven studies.

Patients included those on active surveillance, where their cancer isn't treated while it's watched for change; those who were treated for their prostate cancer; and some patients who had cancer that had metastasized.

Limitations included that patients were asked to recall their own food and drink consumption and data was from seven different sites, which asked patients to recall consumption dating back varying lengths of time.

High coffee intake was linked to longer prostate cancer-specific survival in men who had the CYP1A2 AA genotype, the investigators found.

“There's a chance in the future, with additional research, that looking at things like what to do in your diet based on certain patient groups could be something that is used to augment the care of men who are diagnosed with prostate cancer," Gregg said. "It may become part of a number of things that clinicians and others look at when they're treating men with prostate cancer.”

The findings were published online recently in the journal European Urology Oncology.

Dr. William Dahut, chief scientific officer for the American Cancer Society, said what he took away from the study was that if a person is a coffee drinker and has prostate cancer, there's no reason to stop drinking coffee and there may be some benefit.

Oftentimes people will live for many years, even decades, with a prostate cancer diagnosis, and people's coffee habits may change, so there may be factors that confound the data, Dahut said. The authors are upfront about the potential shortcomings, too, he added, commending them for pulling all of the data together.

"There's at least a theoretical reason why it's helpful, but there's not enough information out there for us to say, ‘If you have prostate cancer, you need to start drinking coffee' either," Dahut said.

Other studies have looked at whether different foods such as tomatoes or milk might help prevent or slow cancer, but it can be hard to control for differences in how the items are cooked or mixed with other foods, he noted.

“Food likely actually has an impact on cancer. We certainly know there's correlations with high BMI [body mass index] and multiple cancers, but it's very difficult to study,” Dahut said.

About 268,000 men in the United States will be diagnosed with prostate cancer this year, according to the American Cancer Society, and about 34,500 will die.

Cases vary, but many men have their conditions monitored with what's called active surveillance, testing for changes in the cancer but not treating it. Sometimes there is never a need to intervene, Dahut said.


Those who may have greater risks because of genetics or for other reasons typically have surgery to remove the prostate or undergo radiation.

“I do think these large-scale population studies are important because they do give us clues about where science should go,” Dahut said.


The U.S. National Cancer Institute has more on prostate cancer.