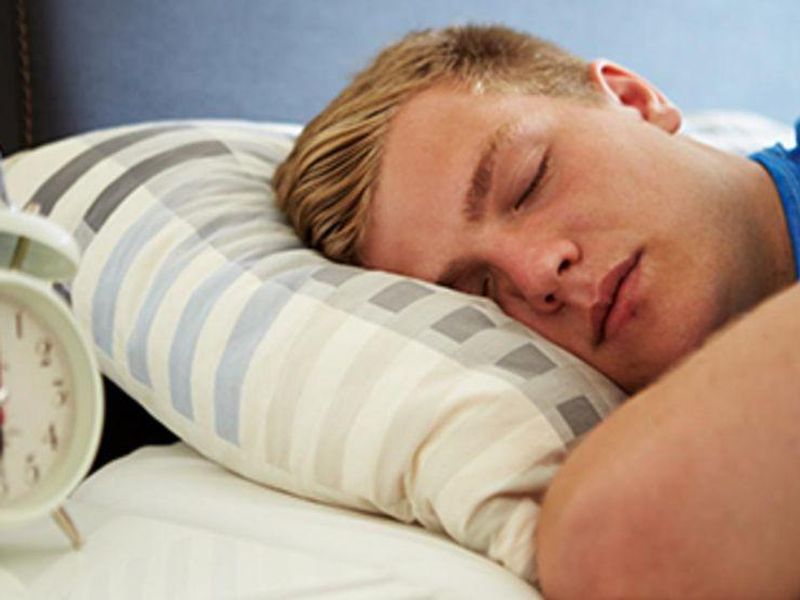 Too Little Sleep Could Have Teens Piling on Pounds

New research suggests that not getting enough sleep may doom adolescents and teens to obesity and poorer health as they enter adulthood.

Those who slept less than eight hours a night were more likely to be overweight or obese than their peers who do get enough sleep, the study found. Those shorter sleepers were also more likely to have a combination of other health concerns, including excess fat around the middle, elevated blood pressure, and abnormal blood fat and sugar levels.

“Our study shows that most teenagers do not get enough sleep, and this is connected with excess weight and characteristics that promote weight gain, potentially setting them up for future problems,” said study author Jesús Martínez Gómez. He is a researcher in training at the Cardiovascular Health and Imaging Laboratory at the Spanish National Centre for Cardiovascular Research, in Madrid.

The study participants were 1,229 adolescents with an average age of 12 at baseline.

While the American Academy of Sleep Medicine recommends that kids ages 6 to 12 get nine to 12 hours of sleep a night and that teens get eight to 10 hours, the Spanish researchers used eight hours as the optimal amount.

The researchers measured the youths' sleep for seven days using a wearable activity tracker three times over the course of the study, at ages 12, 14 and 16. The investigators then used body mass index to determine overweight and obesity status.

The researchers calculated a continuous metabolic syndrome score ranging from negative for "healthier" to positive for "unhealthier" values.

The team found that at age 12, only 34% of participants slept at least eight hours a night. This dropped to 23% by age 14 and to 19% by age 16. Boys tended to get less sleep. The teens who got the most sleep also woke less during the night and spent more time in bed.

The team also found that both very short and short sleepers had higher average metabolic syndrome scores at 12 and 14, compared with optimal sleepers.

“The connections between insufficient sleep and adverse health were independent of energy intake and physical activity levels, indicating that sleep itself is important,” Martínez Gómez explained in a news release from the European Society of Cardiology.

“Excess weight and metabolic syndrome are ultimately associated with cardiovascular diseases, suggesting that health promotion programs in schools should teach good sleep habits. Parents can set a good example by having a consistent bedtime and limiting screen time in the evening. Public policies are also needed to tackle this global health problem,” he added.

The research will be presented Monday at the European Society of Cardiology annual meeting, in Barcelona. Findings presented at medical meetings should be considered preliminary until published in a peer-reviewed journal.

The Office of Disease Prevention and Health Promotion has more on the benefits of sleep.