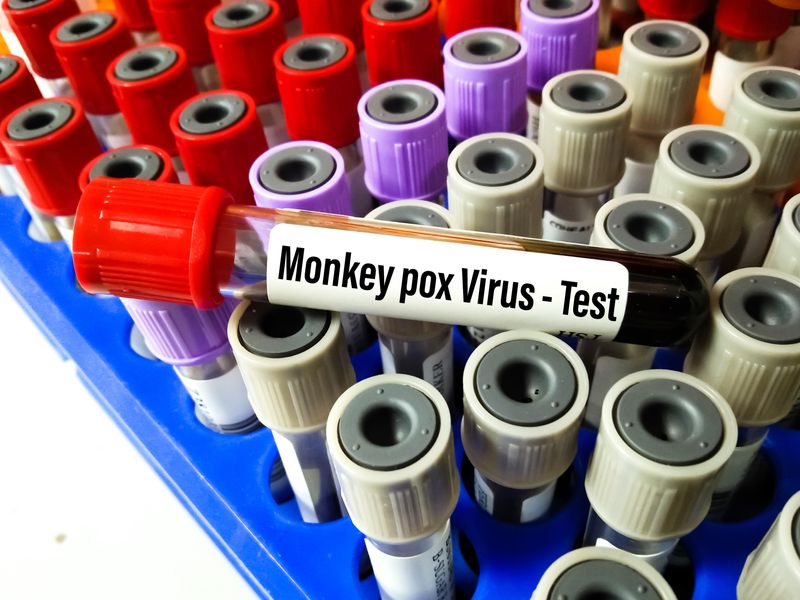 Both San Francisco and New York state declared monkeypox a public health emergency on Thursday, as they struggle to gain access to more resources to help contain the spread of the virus.

About 40% of the 4,907 monkeypox cases recorded in the United States have been diagnosed in California and New York.

"This declaration means that local health departments engaged in response and prevention activities will be able to access additional state reimbursement, after other federal and state funding sources are maximized, to protect all New Yorkers and ultimately limit the spread of monkeypox in our communities," said State Health Commissioner Mary T. Bassett in a news release.

"We need to be prepared and this declaration will allow us to serve the city better," San Francisco Director of Health Dr. Grant Colfax said in the statement. "Our COVID-19 response has taught us that it is imperative that we mobilize city resources. The declaration helps us ensure we have all the tools available to augment our outreach, testing and treatment, especially to the LGBTQ+ who remain at highest risk for monkeypox."

California State Sen. Scott Wiener cited several benefits to declaring the emergency, including expanded testing and vaccines, as well as applying pressure to the federal government to take the outbreak more seriously.

"It's a powerful declaration to the country and the world about the need to act decisively and strongly," Wiener told the Washington Post.

But U.S. Health and Human Services Secretary Xavier Becerra noted Thursday that the Biden administration is sending vaccines and treatments to local health departments and added that monkeypox had not reached the threat level of COVID at this point.

"We will weigh any decision on declaring a public health emergency based off the response we're seeing throughout the country," Becerra told reporters at a media briefing. "Bottom line is: We need to stay ahead of this and be able to end this outbreak."

While the outbreak has mostly infected gay and bisexual men, gay leaders and HIV activists have urged health officials to not minimize the suffering of gay men, as was done during the early days of the AIDS crisis.

In the latest outbreak, monkeypox is believed to be spreading primarily through skin-to-skin touch. It can also spread through infected linens and clothing and to other communities, as seen in a small number of U.S. monkeypox cases in women and children.

WHO officials have advised that gay men temporarily reduce their number of sexual partners, but the recent New York and San Francisco declarations did not.

"We are not implementing behavior restrictions or other measures like we did under COVID. This is all about having the resources and ability to move quickly to deploy these resources," Breed said in a Medium post explaining the emergency.

Among the greatest needs now are vaccines, which are effective both before and right after exposure to the virus. A smallpox antiviral can also help treat monkeypox.

The Biden administration announced this week that federal officials have cleared 800,000 more doses for distribution.

More than 70 countries have reported more than 18,000 cases in the current monkeypox outbreak.