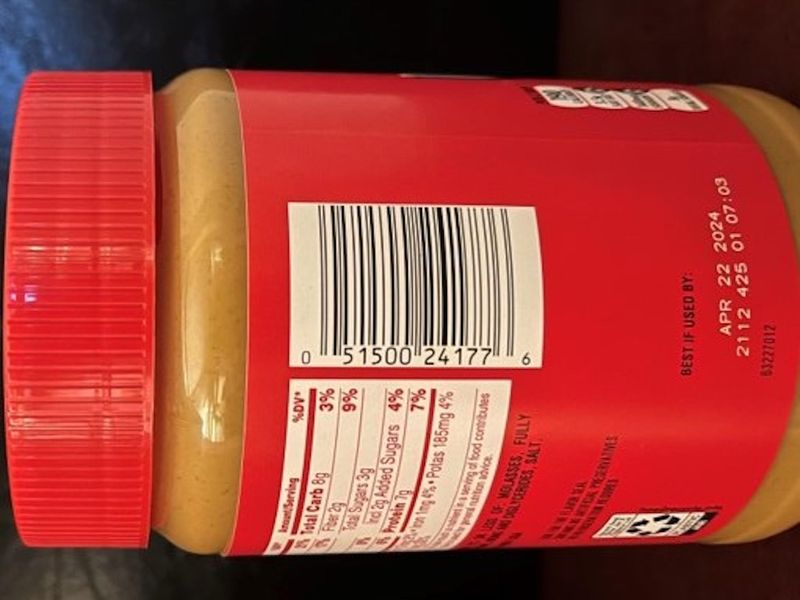 Some lots of Jif brand peanut butter are being recalled as health officials investigate a multistate outbreak of Salmonella illness tied to the products.

Fourteen illnesses (including two hospitalizations) tied to the Salmonella Senftenberg strain of the bacteria have occurred in Arkansas, Georgia, Illinois, Massachusetts, Missouri, Ohio, North Carolina, New York, South Carolina, Texas, Virginia and Washington, according to a statement from the U.S. Food and Drug Administration. No one has died from the illness.

In response, the J.M. Smucker Company is voluntarily recalling certain lots of Jif brand peanut butter products. Those included in the recall have lot code numbers between 1274425 and 2140425 (only if the first seven digits end with 425). All of the recalled lots were manufactured in Lexington, Kentucky.

Consumers, restaurants and retailers should not eat, sell or serve any of the recalled products, the FDA said. The product has a two-year shelf life, so consumers should check the labeling of any Jif peanut butter in their home, the agency added. If you find that you have used the recalled products, wash and sanitize any surfaces and utensils that could have touched the peanut butter, the FDA advised.

In addition, anyone who may have eaten the product and has had symptoms of salmonella illness should contact their health care provider.

"Most people infected with Salmonella will begin to develop symptoms 12 to 72 hours after infection. The illness, salmonellosis, usually lasts four to seven days and most people recover without treatment," according to the FDA.

"Most people with salmonellosis develop diarrhea, fever and abdominal cramps," the agency added. "More severe cases of salmonellosis may include a high fever, aches, headaches, lethargy, a rash, blood in the urine or stool, and in some cases may become fatal."

The U.S. Centers for Disease Control and Prevention has more on salmonella.