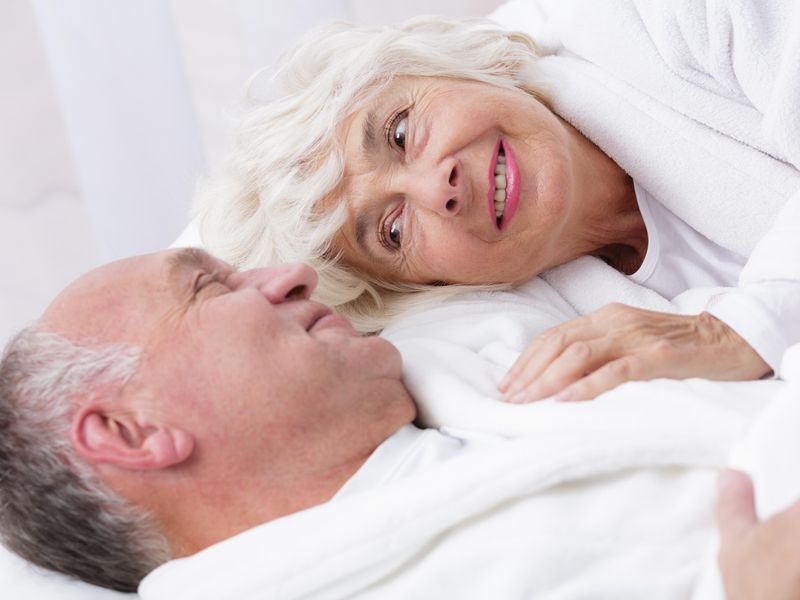 Many Older Women Have Active Sex Lives, But Menopause Can Interfere

Many women remain sexually active into their 70s, but for others, menopause symptoms and chronic health issues get in the way.

That's among the findings from the latest University of Michigan Poll on Healthy Aging, which surveyed more than 1,200 U.S. women ages 50 to 80.

More than one-quarter of women said menopause symptoms were interfering with their sex lives -- including one-third of those ages 50 to 64. Meanwhile, 17% said other health conditions were the problem.

It's not clear what specific issues were the biggest obstacles. But experts said menopause can affect a woman's sexual function in a number of ways.

He pointed to a prime example: The hormonal changes of menopause can cause dryness and irritation of the vagina or the vulvar skin -- which can make sex painful.

In other cases, sexual dysfunction is more complex.

As a result, women may find their desires are dialed down, and they feel less motivated to initiate sex -- though, Faubion said, they may still respond to their partner's romantic overtures.

At the same time, some women feel exhausted during this time of life, whether that's related to menopausal night sweats keeping them awake, chronic health conditions, or having a hectic life. Women in their 50s may be caring for kids and aging parents, while balancing that with work.

"If a woman is exhausted, sex drops down the list," Faubion said.

When sexual desire and activities do change as a woman ages, that's not necessarily distressing, both Faubion and Morgan emphasized. It's only a problem if she is bothered by it, or it's causing issues in her relationship.

And in cases where a couple is having difficulties they can't work out, Faubion said, counseling might be the right option.

Menopause-related symptoms were highly prevalent among poll respondents, with half saying they'd suffered one to three in the past year. Sleep problems and weight gain were most common, followed by diminished libido, hot flashes/night sweats and mood swings.

Overall, 28% said those symptoms were interfering with their sex lives.

Yet, of all women reporting menopause symptoms, only 44% had spoken with a health care provider about treatment options.

"Some women may not be aware there are treatments," Faubion said. "Or they may think the symptoms will be temporary and are waiting them out."

And, both she and Morgan said, health care providers may not be asking about menopause symptoms, or any issues with sexual activity.

But Faubion said it's important for doctors of all specialties to have sexual health on their radar: Patients with conditions ranging from heart disease to hip replacements are going to have questions about sexual activity, she pointed out.

And women who are concerned about their sexual health, or menopause symptoms in general, should feel free to broach the topic with a health care provider, Morgan said. Your primary care doctor is a good place to start, he noted.

The poll was conducted online and by phone between January and March and has a margin of error between 2 and 4 percentage points.

The North American Menopause Society has more on sexual health.