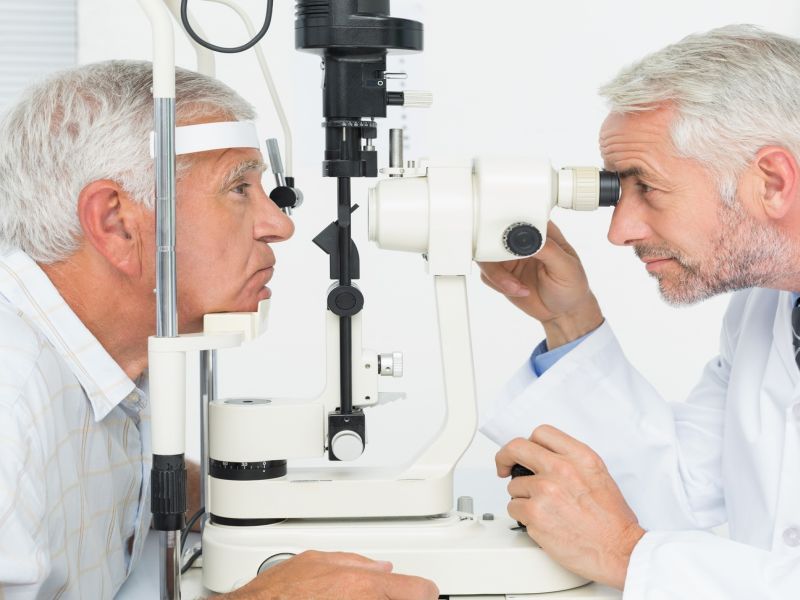 Poor eyesight makes it harder to read and easier to trip. But it can also lead to a misdiagnosis of mild mental decline in older people, according to a new, small study.

They noted that as many as 1 in 4 people older than 50 have undiagnosed vision problems such as cataracts or age-related macular degeneration (AMD), which could skew visual assessments of their mental sharpness.

AMD doesn't cause complete vision loss but severely impairs the ability to read, drive, cook and even recognize faces. It has no effect on mental function (cognition).

"A mistaken score in cognitive tests could have devastating ramifications, leading to unnecessary changes to a person's living, working, financial or social circumstances," Macnamara warned in a university news release.

For example, if a mistaken score contributed to a diagnosis of mild cognitive impairment, it could trigger psychological problems including depression and anxiety, Macnamara explained.

This study included 24 participants with normal vision who were asked to complete two cognitive tests, one dependent on vision and one dependent on verbal skills. They did the tests with and without goggles to simulate AMD.

While wearing the goggles, participants had far lower scores on the vision-dependent test but no significant change in scores on the verbal skills test, according to the study. The results were recently published in the journal Scientific Reports.

"People with AMD are already experiencing multiple issues due to vision loss, and an inaccurate cognitive assessment is an additional burden they don't need," Macnamara noted.

The study authors added that vision problems are often overlooked by health care providers and researchers.

"Researchers can incorporate quick and simple screening tasks before getting people to do cognitive tests. Verbal tasks should always be part of the assessment, too," Macnamara said.

The U.S. National Eye Institute has more on low vision.