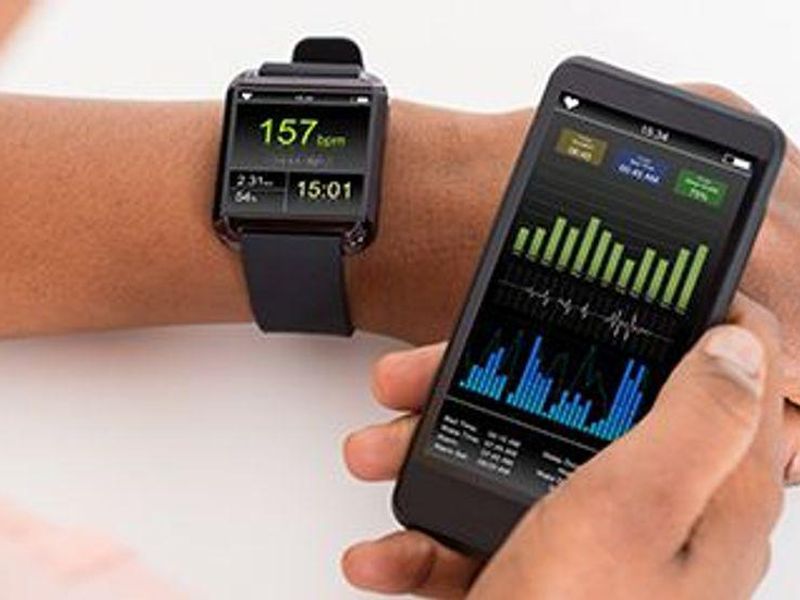 Someday, your smartwatch might be able to tell you if you're coming down with a virus and how sick you'll be — even before symptoms start.

In a small study, researchers showed that a wearable device, like a Fitbit or Apple Watch, could detect which patients had the H1N1 flu and which had a common cold.

"One of our goals was to be able to detect that infection before a person feels symptoms, because they may be spreading pathogens without even knowing that they're sick," explained senior researcher Jessilyn Dunn, an assistant professor of biomedical engineering at Duke University in Durham, N.C.

The wristband does this by reading biological signs, including resting heart rate, heart rate variability and skin temperature, she said.

"The device detects illness and that your body is fighting something," Dunn said. "We're still working on trying to improve the distinction between different types of infections."

Having this information can help patients by alerting them to contact their doctor, she noted. This, in turn, can help in planning how best to use limited resources in a time of crisis like the coronavirus pandemic.

Dunn foresees a future where everyone is wearing a smartwatch.

"In that future, where everybody does have a smartwatch, this would just be something that would be going on in the background. It would be a passive monitoring system, and that would give us an idea of who's likely to be sick and how sick they're likely to become," she explained.

For the study, Dunn's team gave 31 volunteers a nasal dose of H1N1 flu and 18 a common cold virus. Participants wore the sensor wristband for four days before and five days after inoculation.

Infectious disease expert Dr. Marc Siegel, a clinical professor of medicine at NYU Langone Medical Center in New York City, said this might be an advance. But it will need more development and testing in a large number of people before it is ready for public use.

"This may not be a way to diagnose COVID or the flu, but it is a way to monitor metabolic changes to show that you're getting the virus," he said. "If you think about it, it's not all that different than what we do when we take a temperature and a heart rate, and we have those monitors now."

Ideally, Siegel would like to see such monitors be able to identify a variety of pathogens. Also, he wonders how this information might be used.

"If it's accurate, it can be useful, because it could tell you in advance that you're about to get sick, and then you can go get checked or stay home or have a cup of tea, whatever," he said. "If this is useful in keeping sick people home and away from work, I'm all for it."

The report was published online Sept. 29 in JAMA Network Open.

For more on wearable biosensors, head to Arizona State University.