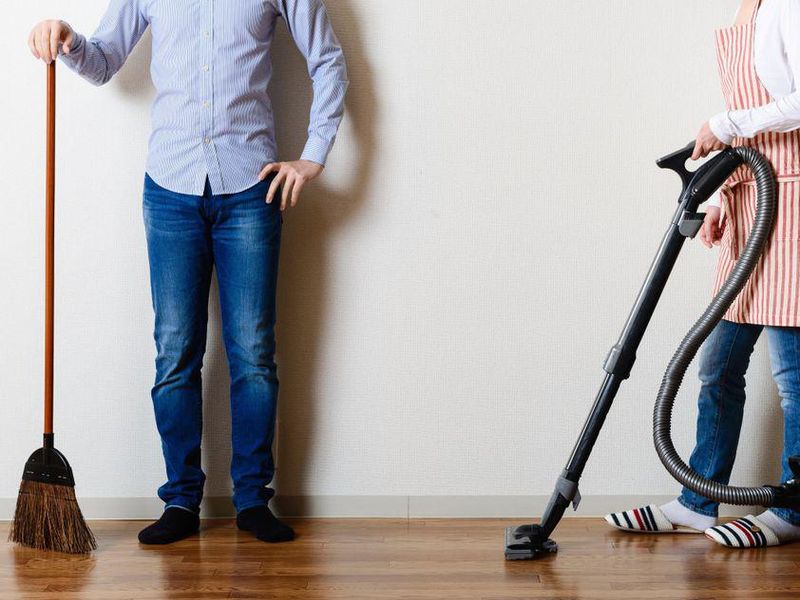 Researchers from Singapore say housework may be a key to keeping your brain sharp as you age.

Their new study found that in older adults, cleaning house was tied to a better memory and attention span, and stronger legs, which helps prevent falls.

"Health promotion messaging on staying active should not just be about recreational or non-occupation physical activities," said study co-author Shiou-Liang Wee, an associate professor of health and social sciences at the Singapore Institute of Technology.

"Housework is a purposeful activity performed by many older adults" and represents a significant share of their self-reported moderate-to-vigorous physical activity, he said. As such, it's a key complement to recreational physical activity.

The researchers noted that their study doesn't prove housework causes sharper thinking or better balance, only that there appears to be a link.

For the study, Wee's team looked at nearly 500 healthy Singaporeans between 21 and 90 years of age.

Participants were also asked about the household chores they did and other types of physical activity.

Among younger participants, 36% said they engaged in enough physical activity to meet the goal researchers set as beneficial, as did 48% of older participants.

But 61% of younger and 66% of older participants met this target exclusively through housework, the study revealed.

After accounting for other types of regular physical activity, the researchers found that housework was tied with sharper mental abilities and better physical capacity -- but only among the older participants.

Scores on tests of mental ability were as much as 8% higher among those who did lots of housework, compared with those who did little, Lee's team found. Housework was also tied with higher attention scores.

Housework can be an important part of your exercise routine, she said.

"Housework is physical but also requires detailed thought processes to complete," Torroella Carney said. "It's a task you've got to plan for. You've got to use devices, you've got to use equipment. There's planning involved, so there's cognitive exercise along with physical exercise."

Her advice: Get moving.

The findings were published online Nov. 22 in the journal BMJ Open.

There's more about brain health at the Alzheimer's Association.