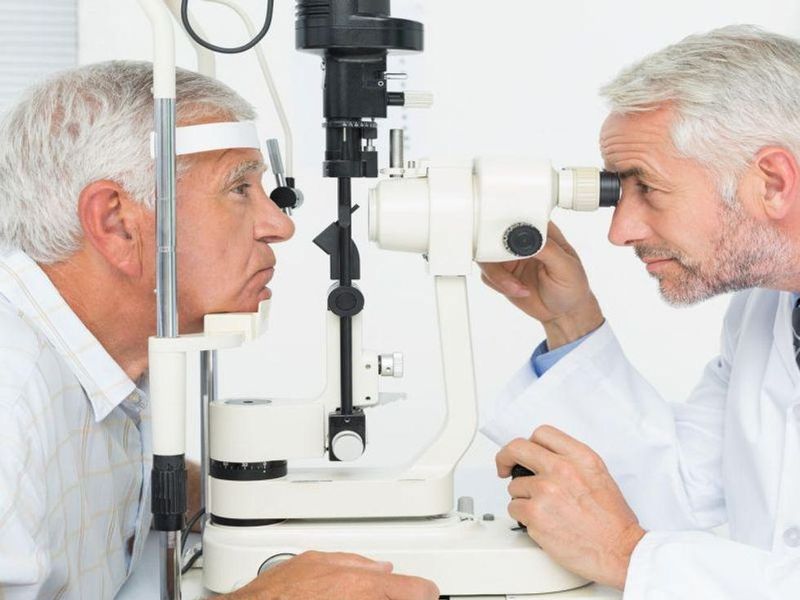 Diseases that can rob you of vision as you age also appear to be tied to an increased risk for dementia, a new study finds.

Specifically, age-related macular degeneration, cataracts and diabetes-related eye disease were linked with a higher likelihood of dementia, researchers in China said. However, one other common eye ailment, glaucoma, was not linked to dementia risk.

The new study can't prove that vision problems cause dementia, only that the two appear to be associated, the researchers stressed. Risks for dementia rose even higher if other chronic ills were added in.

"Newly developed hypertension, diabetes, stroke, heart disease and depression mediated [affected] the association between cataract/ diabetes-related eye disease and dementia," noted the researchers led by Dr. Xianwen Shang, an ophthalmologist at Guangdong Academy of Medical Sciences in Guangzhou. His team published the findings Sept. 13 in the British Journal of Ophthalmology.

One expert in the United States agreed that the findings don't mean that eye trouble causes dementia.

"The exact mechanism or reason that the eye disease could increase someone's risk of dementia was not fully discussed in the study," said Dr. Matthew Gorski, an ophthalmologist at Northwell Health in Great Neck, N.Y.

For example, he said, "since cataracts are a treatable, reversible condition, I would be curious what effect cataract surgery has on one's risk of developing dementia. It is also interesting that glaucoma, another potentially blinding eye condition, was not associated with an increased risk of dementia and raises further questions as to how these diseases are related to dementia."

In the new study, Shang's group collected data on more than 12,300 British adults, ages 55-73, who took part in the UK Biobank study. The participants were assessed between 2006 and 2010 and followed up until early 2021.

Over that time more than 2,300 people developed dementia.

The researchers found that compared with people who did not have vision conditions at the start of the study, the risk of dementia was 26% higher among those with age-related macular degeneration, 11% higher in those with cataracts, and 61% higher in those with diabetes-related eye disease. Glaucoma was not tied with an increased risk of Alzheimer's disease, but it was linked with a higher risk of vascular dementia, such as can happen after a stroke.

Participants who had diabetes, heart disease, stroke and depression along with vision problems had an even greater risk of dementia as were those with more than one vision problem, the researchers noted.

Dr. Mark Fromer is an ophthalmologist at Lenox Hill Hospital in New York City. Reading over the findings, he said they suggest that older people with illnesses affecting multiple organs -- including the eyes -- have higher odds for dementia.

"There may be an additive effect of ophthalmic and systemic diseases" on dementia risk, Fromer said.

For his part, Gorski said "patients should use the results of this study as a reminder of the importance of having regular eye exams with your eye doctor, especially as you get older."

For more on dementia, see the Alzheimer's Association.