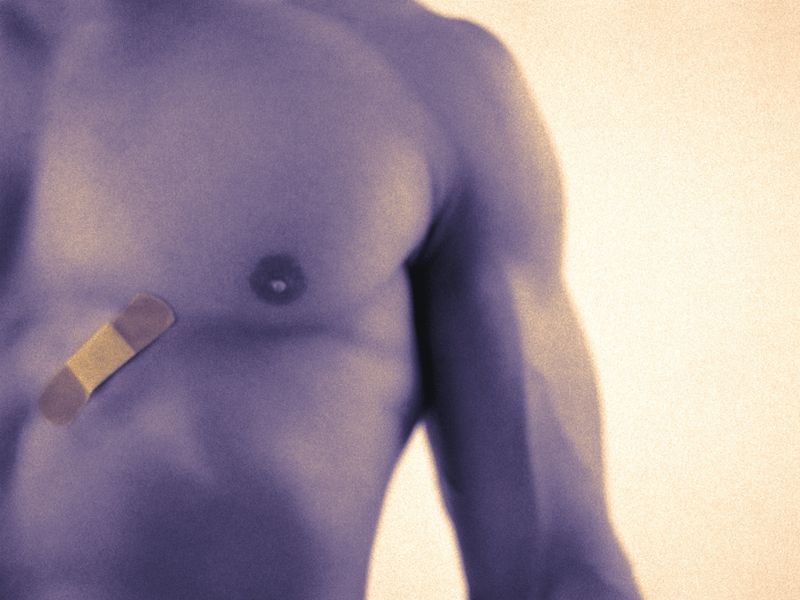 Many Male Breast Cancers Diagnosed Late, and Delays Can Be Lethal

Breast cancer in men is rare. But because it's not often suspected in men, diagnosis often comes only after a tumor has begun to spread throughout the body, new research shows.

"Approximately one-half of males with breast cancer received a diagnosis after it had already spread," either to nearby or distant tissues, said a team of researchers at the U.S. Centers for Disease Control and Prevention.

Late diagnosis can be lethal: Overall, five-year survival with male breast cancer diagnosed early was nearly 99%, but it dropped to about 26% for men whose tumors had already spread to "distant" sites upon diagnosis.

Nearly one in every 10 cases of male breast cancer (8.7%) were diagnosed at a late stage, the CDC team found.

"Men tend to get diagnosed later because they and their primary care physicians are not looking for breast cancer," explained Dr. Alice Police, who directs breast surgery at Northwell Health Cancer Institute in Sleepy Hollow, N.Y.

Still, male breast cancers remain rare: According to the CDC, about 2,300 cases -- or 1% of the total breast cancer burden in the United States -- occur in men. Risk rises with age, "and compared with women, men receive diagnoses later in life and often at a later stage of disease," said the team led by Taylor Ellington, of the CDC's Division of Cancer Prevention and Control.

Ellington and colleagues used U.S. health data to track outcomes for nearly 15,000 men diagnosed with breast cancer between 2007 and 2016.

The researchers found that, if spotted early, these cancers are highly curable, with nearly all men diagnosed with a localized tumor surviving for at least five years.

But cancers that had spread offered a much more dire prognosis, and minority males were more likely to get diagnosed at a later stage. Overall, just over 12% of Black men with breast cancer were diagnosed after the tumor had spread to a distant site, compared to just over 8% of white men and about 7% of Hispanic men.

Timely and aggressive treatment seemed key to long-term survival, too. "The 5-year overall survival among males with breast cancer was worse for those who did not receive any treatment or who received primary radiation therapy [only] than it was for those who received any type of mastectomy," Ellington's group reported.

The signs of breast cancer in men aren't different from those in women. These symptoms can "include a painless lump or thickening in breast tissue; skin dimpling, puckering, thickening, redness or scaling; and nipple discharge, ulceration, or retraction," according to the study authors.

Also, family history is key since the same genes that can raise breast cancer risks in women -- BRCA1 and BRCA2 -- work similarly in men.

Police said, "We know that men with breast cancer have a higher rate of genetic mutations than women, and therefore there is an opportunity to identify these individuals, which may result in earlier stage at diagnosis."

According to Ellington's team, "Routinely discussing family health history with patients might help health care providers identify men who could be at increased risk." Once a worrisome family history is established, breast self-exams (beginning at the age of 35) should be encouraged and these men should also "undergo counseling and testing for genetic mutations," the authors said.

And Police added that there's one subgroup who might face special risks.

The study was published in the Oct. 16 issue of the CDC's Morbidity and Mortality Weekly Report.