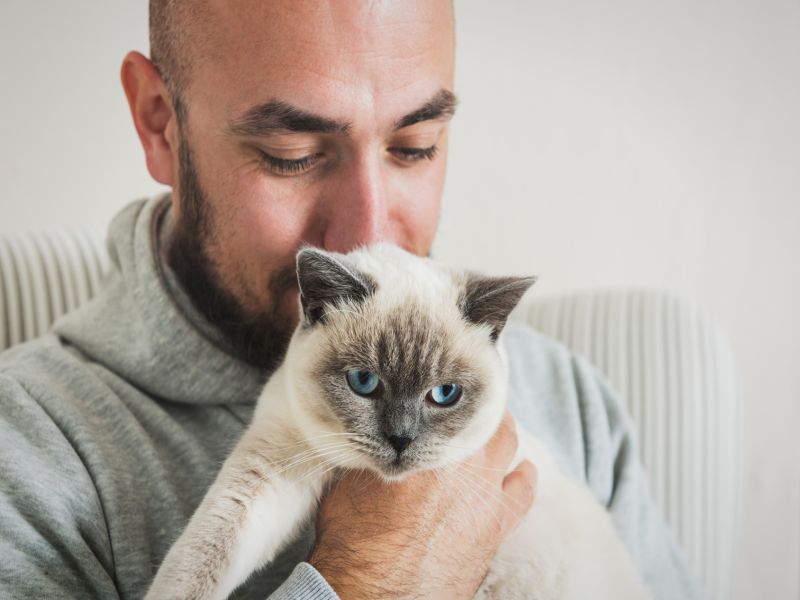 Want Better Rapport With Your Cat? Bat Your Eyes

When it comes to bonding with your cat, the eyes have it.

Narrowing your eyes -- the so-called "slow blink" -- may make humans more attractive to their feline friends, British researchers suggest. It also may make kitty smile back.

"As someone who has both studied animal behavior and is a cat owner, it's great to be able to show that cats and humans can communicate in this way. It's something that many cat owners had already suspected, so it's exciting to have found evidence for it," said Karen McComb. She studies animal behavior at the University of Sussex School of Psychology in the United Kingdom.

McComb said the study is the first to investigate the role of slow blinking in communication between people and cats.

It's easy: Just narrow your eyes as you would in a relaxed smile, then close your eyes for a couple of seconds. "You'll find they respond in the same way themselves and you can start a sort of conversation," she said in a university news release.

In one experiment, the researchers found that cats are more likely to slow blink after their owners have slow blinked at them, compared with when they don't interact at all.

In a second experiment, cats were more likely to approach a researcher's outstretched hand after the researcher had slow blinked than when he or she had a neutral expression.

According to study co-author Tasmin Humphrey, a doctoral student, "Understanding positive ways in which cats and humans interact can enhance public understanding of cats, improve feline welfare, and tell us more about the socio-cognitive abilities of this understudied species. Our findings could potentially be used to assess the welfare of cats in a variety of settings, including veterinary practices and shelters."

But why do cats behave this way?

Humphrey offered a theory: "Cats may have learned that humans reward them for responding to slow blinking. It is also possible that slow blinking in cats began as a way to interrupt an unbroken stare, which is potentially threatening in social interaction."

The findings were published online Oct. 7 in the journal Scientific Reports.

For more on cat behavior, head to Paws Chicago.