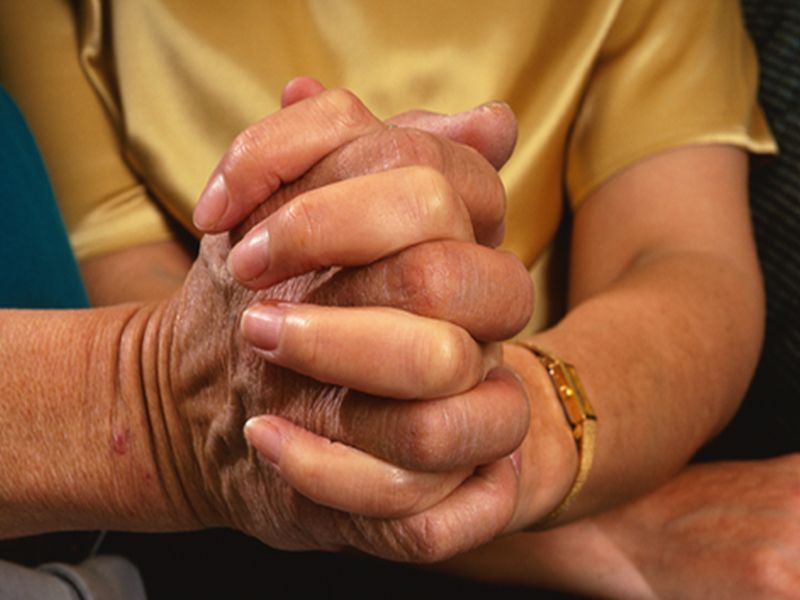 Could a higher power help stroke recovery? People who are spiritual may be better able to deal with stroke-related disability, new research suggests.

The Italian study linked spirituality -- be it through religion or simply a strong sense of purpose and connection to others -- to a lower risk of depression for people with low to moderate disability after a stroke and their caregivers. Spirituality also appeared to improve the quality of life for both.

"We observed that when stroke survivors had higher spirituality, their caregivers had lower depression and consequently better physical and psychological quality of life," said study author Gianluca Pucciarelli, a research fellow at the University of Rome Tor Vergata in Italy.

Stroke affects millions of people worldwide, the researchers said. After a stroke, about 30% of survivors have symptoms of depression linked to physical and mental impairments and social isolation, as well as a higher death rate. In some studies, as many as 52% of their caregivers have also reported depression symptoms.

Previous research has shown that higher levels of spirituality may be protective for stroke survivors and care partners alike, the researchers noted.

But what exactly is spirituality? Religion may be one aspect, but Pucciarelli said it goes deeper than that.

"Spirituality is a set of dimensions that are part of the human soul," he said. Some of these dimensions include meaning to life, a sense of awe, strength, a feeling of wholeness and integration, inner peace, hope and optimism.

To assess spirituality, several questions were asked, including:

Dr. Joseph Broderick is an American Heart Association spokesman who is familiar with the findings.

"Spirituality can be in the context of a religious experience, especially in terms of community, but spirituality is more about how you're connected to the world and to something larger than yourself," said Broderick, who is also director of the University of Cincinnati Gardner Neuroscience Institute, in Ohio.

Most said they were Catholic. But Broderick pointed out that saying they are Catholic doesn't necessarily mean they are active in the church.

So in what ways might spirituality boost mood and quality of life after a stroke?

"Stroke is a devastating experience where you've lost control and often need someone to help you with daily tasks -- if you don't have a sense of meaning beyond the present, it can be difficult to deal with suffering," Broderick said. "Having that connection can help you get through, and someone with spirituality might be more appreciative of their caregiver."

Dr. Salman Azhar, director of stroke at Lenox Hill Hospital in New York City, said spirituality in this context is, in effect, a coping mechanism. It provides meaning and a greater level of hope.

This study builds on past research, Azhar said, "by showing that when survivors reported a higher level of spirituality, this had a protective effect on both the survivors' and caregivers' quality of life by mitigating the negative impact of the caregivers' depressive symptoms."

Azhar noted, however, that participants in the study had low to moderate stroke disability, so the findings may not hold true in people with more severe disability.

And do the findings mean that people without a strong sense of spirituality or who are atheists are in trouble after a stroke?

"It may mean it's harder," Broderick said. "Shared burdens are easier to carry."

Pucciarelli said it's important to consider caregivers as a vital component of recovery. Even if someone doesn't consider himself or herself spiritual in a conventional sense, the family represents a small community that provides a similar spirituality (culture, values, connection), he said.

Broderick and Azhar said the findings show that health care providers treating stroke patients need to address the whole patient -- including mind and body -- for the best outcomes.

The study appears in the June issue of Circulation: Cardiovascular Quality and Outcomes.

Learn more about spirituality and health from Kaiser Permanente.