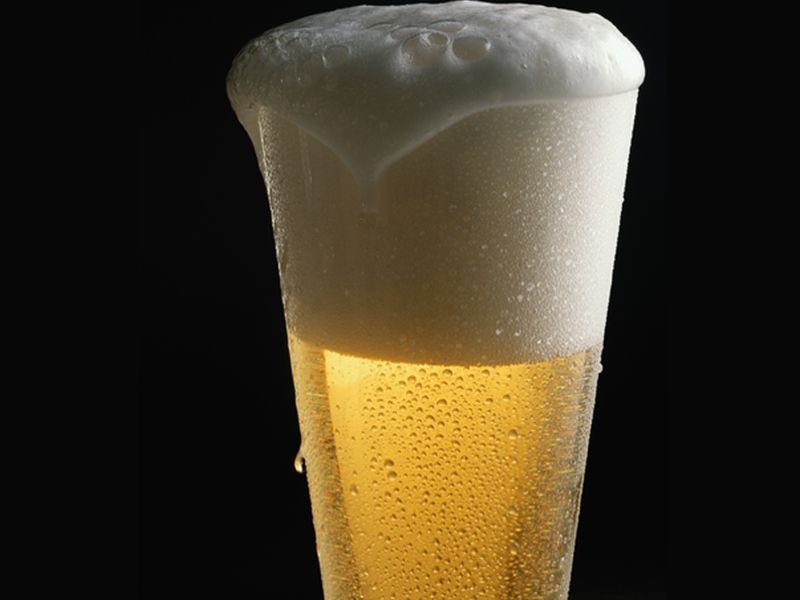 They Thought She Drank, But Her Body Actually 'Auto-Brewed'

Doctors thought they had a fairly common scenario in front of them: A patient with advanced liver disease who needed help for her alcohol abuse. Then they discovered her own bladder was making the alcohol.

The doctors, at the University of Pittsburgh, say it's a previously unrecognized variant of so-called auto-brewery syndrome. ABS, which has been reported sporadically over the years, occurs when yeast builds up in the gut and converts sugar from food into alcohol.

In contrast, this new variant -- what the Pitt team terms urinary ABS -- does not affect blood alcohol. Instead, yeast in the bladder produces alcohol in the urine.

The patient in this case, who was 61 and had liver cirrhosis, did not show symptoms of intoxication. But her urine tests repeatedly came back positive for alcohol, which meant she could not be placed on the waitlist for a donor liver.

Doctors at her initial transplant center told her she would have to undergo treatment for alcohol abuse -- a problem she denied having.

So she went to the University of Pittsburgh. At first, doctors there also thought they were dealing with a "closet drinker," until they noted something strange: Even though her urine tests were positive for alcohol, her blood tests were not.

And that wasn't all. "What I noticed was the yeast in her urine," said Dr. Kenichi Tamama, a pathologist at Pitt.

Thinking that could be the key to the mystery, his team ran a lab experiment. They tested whether the yeast could produce alcohol in a sample of the patient's urine.

That was, in fact, what happened.

According to Tamama, this is what the team believes occurred: The patient had poorly controlled diabetes, one of the causes of liver disease. It also spurs chronically high blood sugar, with spillover into the urine. The sugar, Tamama said, likely fueled a yeast overgrowth in the woman's bladder.

Specifically, she had an abundance of Candida glabrata, which is closely related to brewer yeast. So the microbes began converting their sugar supply into alcohol.

The case is described Feb. 24 in the Annals of Internal Medicine. It adds to some researchers' belief that the auto-brewery phenomenon is less rare than thought.

Last year, doctors at Richmond University Medical Center, in New York, reported on the case of a 46-year-old man who'd complained of memory loss, depression and other mental symptoms for over six years.

Eventually, he was arrested for drunk driving, with tests showing a blood alcohol level well above the legal limit. When the man denied drinking, doctors and police refused to believe him.

It turned out that he had ABS, and his doctors believe antibiotics were to blame. The man's symptoms started after a long course of the bacteria-killing drugs, said Dr. Fahad Malik, one of the doctors who treated him.

It's believed the antibiotics disrupted the normal bacterial makeup of the man's gut, which allowed alcohol-producing yeast to thrive.

Since antibiotics are widely used, does that mean ABS could be more common than sporadic reports suggest?

"For sure. We think it's underdiagnosed," said Malik, who is now with the University of Alabama at Birmingham.

At this point, he said, the team has seen about 15 additional patients with ABS. And prolonged antibiotic use is the common denominator.

But clearly, only select antibiotic users come down with ABS. "That's the mystery," said researcher Barbara Cordell. "Why do only some people develop this?"

Cordell is an adjunct professor at Panola College, in Texas, and president of the nonprofit Auto-Brewery Syndrome Information and Research. Her interest in ABS began when her husband developed the condition.

Cordell said that while ABS can occur in healthy people, it seems more prevalent in those with medical conditions that disrupt the gut microbial balance -- like diabetes, obesity, Crohn's disease and short bowel syndrome.

As for treatment, she said, antifungal medications often help, though some people respond to a low-carb diet alone. Some doctors also try probiotics, Cordell said.

For people wondering if they might have ABS, Malik had some advice: Buy a breathalyzer to test your blood alcohol before and after eating a carb-containing meal; if carbs trigger a positive result, see your doctor.

Much is still unknown about ABS, Cordell said, including its true prevalence. One question, she said, is whether unrecognized ABS might lead to liver disease in some people.

As for the patient in this case, she was reconsidered for a liver transplant after her ABS diagnosis. She has not given permission to share any information beyond that, the university said.

Auto-Brewery Syndrome Information and Research has more on auto-brewery syndrome.