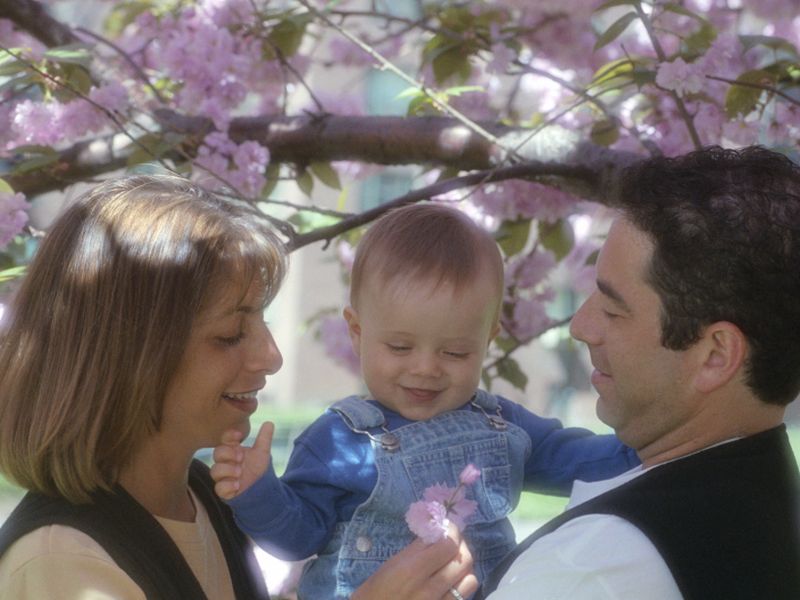 Teaching parents how to talk to their babies could help boost their children's language development, researchers say.

The University of Washington study didn't look at so-called baby talk, which typically consists of silly sounds and nonsense words.

Instead, the researchers focused on what's called parentese. This is proper speech with elongated vowels and exaggerated tones of voice that attract babies' attention and encourage them to respond.

"We've known for some time that the use of parentese is associated with improved language outcomes. But we didn't know why," said Patricia Kuhl, co-director of the Institute for Learning & Brain Sciences.

"We believe parentese makes language learning easier because of its simpler linguistic structure and exaggerated sounds. But this new work suggests a more fundamental reason," Kuhl said in a university news release.

The study found that parents who were given individual coaching used parentese more often than parents who were not coached. Coaching led to more parent-child "conversations" and increased the child's language skills months later.

"We now think parentese works because it's a social hook for the baby brain -- its high pitch and slower tempo are socially engaging and invite the baby to respond," Kuhl explained.

Parents willingly altered their speech once told the way they speak could help their baby learn, the researchers noted.

At 18 months, parent surveys estimated that the children's vocabulary averaged around 100 words among kids of coached families, compared to 60 words among children with no parent coaching.

"Language evolved to facilitate the social communication skills that are essential for survival of the species. In this study, we observe firsthand how parents' language and social engagement can promote baby's initial responsive coos, which become words, and then sentences -- educating infants in the art of human communication," Kuhl said.

The study followed up on a 2018 project. Coaching occurred at 6, 10 and 14 months, with families tracked until 18 months. The results were published online Feb. 3 in Proceedings of the National Academy of Sciences.

The American Academy of Pediatrics outlines the milestones of early literacy.