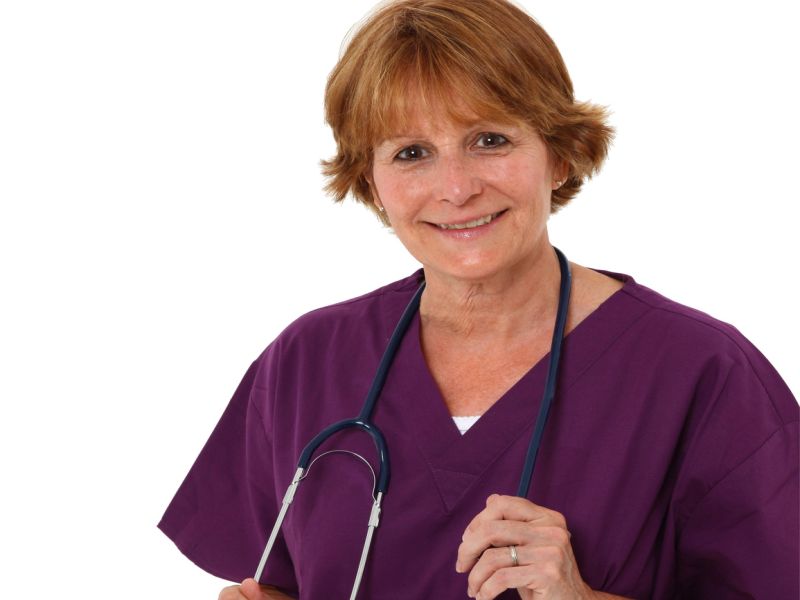 Are Disinfectants Putting Nurses at Risk of COPD?

Nurses trying to prevent infection of hospital patients could be putting themselves at risk of developing chronic lung disease, a new study warns.

The study shows that nurses' health could be threatened by workplace exposure to these chemicals, said Dr. Wayne Tsuang, a Cleveland Clinic pulmonologist.

"Equipment needs to be cleaned for good patient care, but at the same time we need to make sure health care workers are protected," he said, commenting on the findings.

For the new study, researchers tapped into data from an ongoing study of more than 116,000 female registered nurses in 14 states that dates back to 1989.

This new study focused on women who were still nurses and had no lung ailments in 2009. The researchers then tracked their workplace history and lung health from 2009 through 2015, using questionnaires that the nurses filled out every other year.

People with COPD gradually lose their ability to draw a decent breath. Cigarette smoking is the leading cause, but COPD also can be caused by regular workplace exposure to lung irritants, like dust and chemical fumes.

Lead study author Orianne Dumas said, "We found that exposure to several chemicals were associated with increased risk of developing COPD among nurses." Dumas is a researcher with Inserm, a public scientific institute operated by the French Ministries of Health and Research.

The chemicals included glutaraldehyde and hydrogen peroxide, which are high-level disinfectants mainly used for medical instruments, Dumas said. Nurses also were regularly exposed to fumes from bleach, alcohol and quaternary ammonium compounds, which are mainly used to disinfect surfaces like floors and furniture.

All of these chemicals are known irritants of human airways, and could lead to development of COPD, Dumas said. However, the researchers only found an association, not a cause-and-effect relationship, in this study.

Dr. Abhishek Chakraborti is a pulmonologist at Brookdale Hospital and Medical Center in New York City, who studies COPD. He said, "These types of chemicals have been tied to other illnesses, some having a link to causing lung cancer."

Nurses were between 25% and 36% more likely to develop COPD based on exposure to these cleaning products, even after accounting for whether they were smokers or suffered from asthma, the researchers found.

Weekly use of disinfectants to clean hospital surfaces appeared to increase COPD risk by 38%, the findings showed, while weekly use of the chemicals to clean medical instruments increased risk by 31%.

More study is needed to figure out how these cleaning products might cause COPD, and whether they increase the risk of lung disease for people in other professions -- or even in ordinary households that use products like bleach for cleaning, Dumas said.

In the meantime, hospitals could protect nurses' health by adopting potentially safer alternatives, she suggested. These include using steam or ultraviolet light to disinfect medical equipment and hospital surfaces, or switching to "green" cleaning products that don't emit harmful fumes.

According to Tsuang, "It's probably going to take a team approach to both reduce the exposure of nurses to these chemicals while also ensuring for patients' safety that medical equipment is adequately clean to reduce the spread of infections at a hospital."

The U.S. National Institutes of Health has more about COPD.