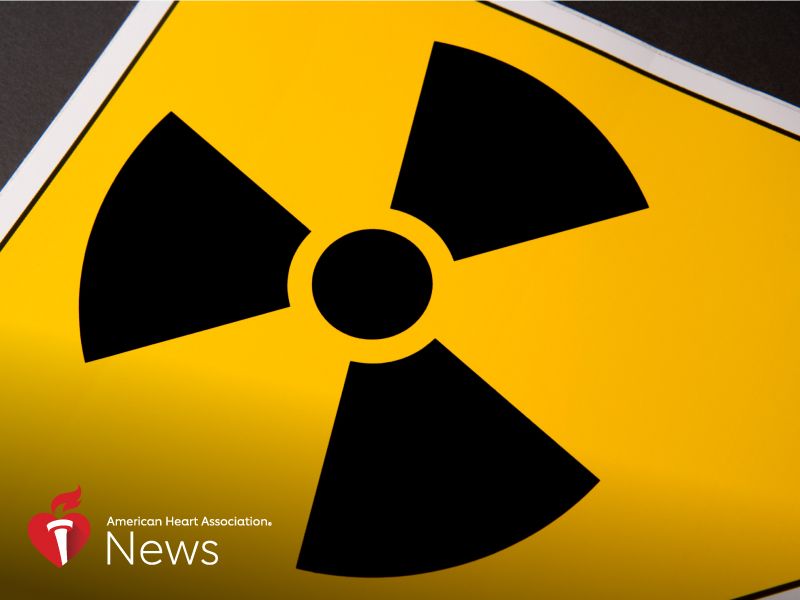 Prolonged exposure to low-dose radiation -- like the type emitted by X-ray machines and CT scanners -- can increase the risk of developing high blood pressure, a key contributor to heart disease and stroke, a new study has found.

Researchers examined the health records of more than 22,300 workers at the Mayak Production Association, a large-scale nuclear facility in Russia. The employees were hired between 1948 and 1982 and worked an average 18 years at the facility. More than half in the study had been employees for at least a decade.

All the plant employees received at least one comprehensive health exam, including a complete set of lab screenings, each year.

The rate in the new study is higher than the incidence of high blood pressure found among Japanese survivors of the atomic bombs dropped in Hiroshima and Nagasaki in 1945. But it's lower than the risk estimated among cleanup crew members who spent days or months at the Chernobyl nuclear plant following the 1986 explosion at that Ukraine facility.

Ionizing radiation is a form of energy that a growing number of people find themselves exposed to every day, particularly when they undergo diagnostic exams using X-rays and CTs, or computed tomography scans.

Radiation exposure is commonly associated with the development of cancer, but its link to developing heart disease and stroke is not as well known, said Dr. Tamara Azizova, lead author of the study, which published Friday in the American Heart Association journal Hypertension.

"It is necessary to inform the public that not only high doses of radiation, but low to moderate doses also increase the risk of hypertension and other circulatory system diseases, which today contribute significantly to death and disability," Azizova said in a news release. She is a researcher with the Southern Urals Biophysics Institute in Ozersk, Russia.

"As a result, all radiological protection principles and dose limits should be strictly followed for workers and the general public."

The study did not explain how exposure to low-dose radiation contributed to a rise in blood pressure and Azizova said, "so far, the mechanisms remain unclear."

But the study adds to a body of evidence that even low doses of ionizing radiation can increase the risk of developing heart disease and stroke, said Richard Wakeford, an epidemiology professor at the Centre for Occupational and Environmental Health at the University of Manchester in the United Kingdom.

Yet the system of radiological protection is "against the presumed cancer and hereditary risks of exposure to radiation," he said, and not against preventing heart disease and stroke.

"But potentially," Wakeford wrote in an editorial that accompanied the study, "this (cardiovascular) risk is a substantial component of the overall risk to health from low levels of exposure."