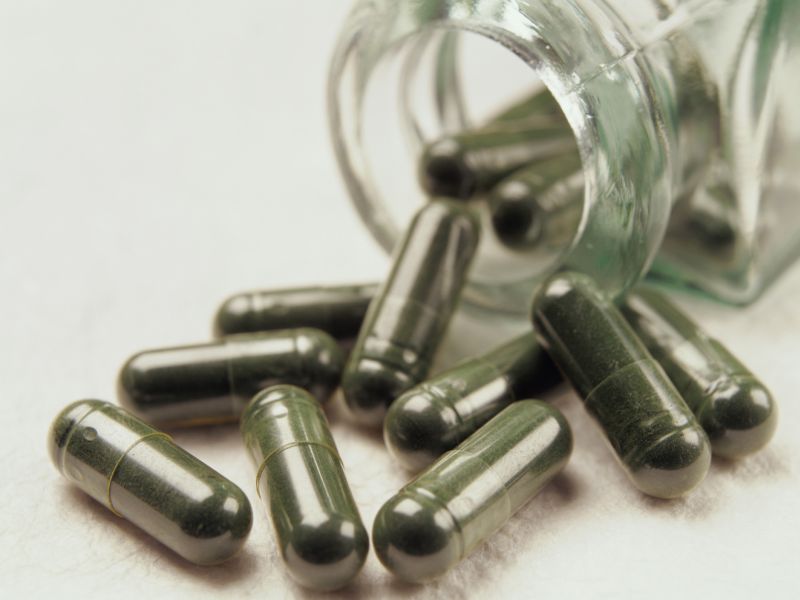 One out of every three U.S. cancer patients uses alternative or complementary therapies, but many keep that info from their doctors, a new study finds.

That's a real concern, the study's lead author said, especially when it comes to supplements and cancer radiation therapy.

"Some of these supplements are kind of a mishmash of different things," she said. "Unless we know what's in them, I would recommend patients avoid using them during radiation because there's likely not data on certain supplements, which could interfere with treatment. With radiation specifically, there is concern that very high levels of antioxidants could make radiation less effective."

The new study looked at U.S. Centers for Disease Control and Prevention data on over 3,100 cancer patients. Sanford's team found that herbal supplements were the most common complementary and alternative therapy used by cancer patients, followed by chiropractic.

Other therapies include meditation, yoga and acupuncture.

The study also found that 29% of patients who use complementary and alternative therapies did not tell their doctor.

"Younger patients are more likely to use complementary and alternative medicines, and women were more likely to, but I would have thought more people would tell their doctors," Sanford said in a UT Southwestern news release.

But physicians do need to know if cancer patients are using herbal products because they can alter traditional cancer treatments, explained Dr. David Gerber. He is a lung cancer specialist and professor of internal medicine and population and data sciences at UT Southwestern Medical Center.

"As a practicing radiation oncologist for nearly 30 years, I have witnessed the evolution -- indeed, revolution -- of alternative health practices, such as the healing arts of meditation, yoga and the like, and the use of herbals and supplements among cancer patients," he said.

Ames believes the use of these therapies has now "become mainstream in our society."

"Anecdotally, I am asked by at least half of my patients, 'can I take,' 'should I take,' 'is it OK if I am taking supplements' while undergoing conventional cancer therapies," he noted.

Ames urges his patients to be upfront about whatever complementary medicines they might be taking.

"If supplements/herbals/nutraceuticals are to be used, I caution my patients to obtain them from reputable sources and do their homework, which includes asking questions from knowledgeable individuals," he said. Patients should also "be wary of the financial toxicity of expensive supplements with overblown or little, to no, real benefit," he added.

Sanford added that, while wary of herbal products, doctors are open to meditation and yoga to help patients cope with the shock of a cancer diagnosis and the stress of chemotherapy, radiation and surgery.

He said he typically advises his patients "to eat and drink healthy, nutritious food (the specifics of which are outlined by the nutritionists on our staff); to stay well-hydrated; stay active (exercise) within their ability; and to engage in relaxing, calming, restorative activities as often as possible -- quality sleep being chief among them."

The study was published online April 11 in the journal JAMA Oncology.

The U.S. National Cancer Institute has more on complementary and alternative therapies.