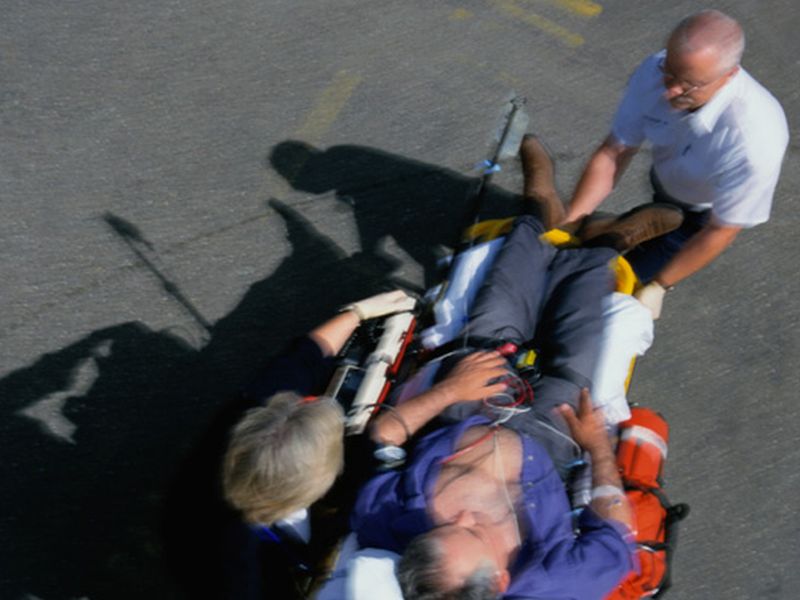 Why Do Older Heart Attack Patients Get Worse Care?

If you're over 65 and have a heart attack, your care may be compromised, a new study finds.

In fact, you're less apt than younger patients to receive a timely angioplasty to open blocked arteries. You're also likely to have more complications and a greater risk of dying, researchers say.

"Seniors were less likely to undergo [angioplasty] for a heart attack and if they do receive the procedure it's not within the optimal time for the best possible outcome," said lead researcher Dr. Wojciech Rzechorzek, a resident at Mount Sinai St. Luke's and Mount Sinai West Hospital in New York City.

"Their prognosis is worse than for younger patients with the same conditions, and this lack of treatment or delay in treatment could be a factor," he noted.

But a New Jersey heart specialist said the delays in care are not neglect, but necessary.

"One of the most important things to keep in mind is that the older population is often sicker," said Dr. Barry Cohen, who was not involved in the study. "Their conditions are often much more complicated, and for providers, that can mean treatment can't be given right away."

Older patients are more likely to have conditions such as kidney disease, as well as heart failure, diabetes or past heart problems. Before taking any patient for an angioplasty, it's important to do a risk assessment, said Cohen, who is medical director of the cardiac catheterization lab at Atlantic Health System Morristown Medical Center.

"We're not stalling, we're strategically thinking about what is best for the patient, despite the desire to be under 90 minutes for door-to-angioplasty time," he added.

For the study, Rzechorzek and colleagues reviewed 2014 data on more than 115,000 heart attack patients nationwide. Of those, 54 percent were over 65.

Their review found that seniors were 34 percent less likely than younger patients to have an angioplasty. In the procedure, special tubing is inserted into a narrowed or blocked artery, where a balloon is inflated to open the blockage. Sometimes, a stent is also placed to keep the vessel open.

Though older patients stayed in the hospital longer, the cost of their care averaged about $3,231 less than that of younger patients. Researchers suspect that's because many didn't have angioplasty, a costly treatment.

Dr. Gregg Fonarow, a professor of cardiology at the University of California, Los Angeles, said there is a real problem in how older heart attack patients are treated.

"While the investigators found that older patients had lower adjusted total hospital charges despite lower quality care and worse outcomes, this finding further illustrates how misleading and counterproductive it is for Medicare to be using cost data as a hospital level metric of quality and value," said Fonarow, who was also not part of the study.

These findings highlight how important it is to improve the quality of care, particularly for older patients with heart attacks in U.S. hospitals, he said.

The study was scheduled to be presented Saturday at a meeting of the American Heart Association, in Arlington, Va. Research presented at meetings is typically considered preliminary until published in a peer-reviewed journal.