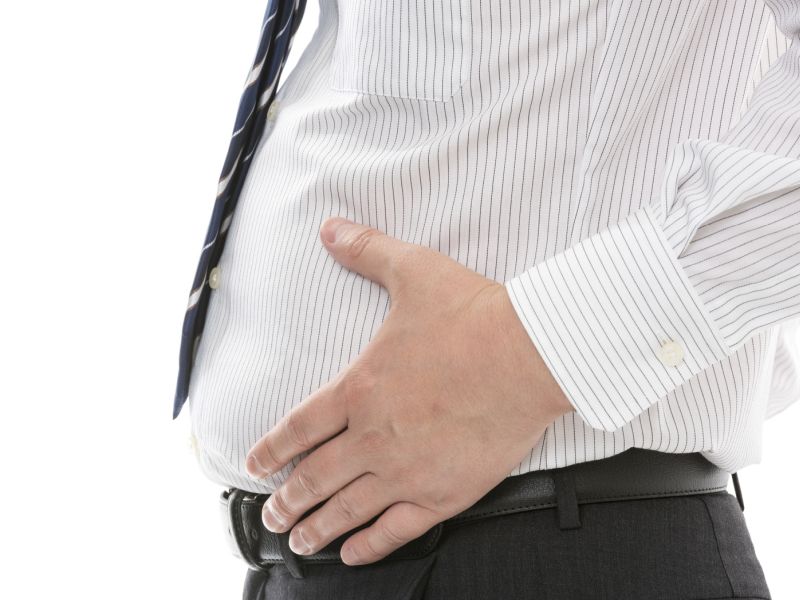 Heavier People May Be More Likely to Survive a Stroke

While it's long been understood that being overweight or obese raises the odds of stroke, new research indicates those carrying extra weight are far less likely to die after having such a "brain attack."

For the study, scientists analyzed more than 1,000 people who had a so-called ischemic stroke, in which a clot blocks blood flow to the brain. The researchers found that severely obese patients were 62 percent less likely to die afterward than patients of normal weight.

Also, stroke patients who were underweight were 67 percent more likely to die than those of normal weight.

This doesn't mean it's safe to bulk up, though, the study authors said.

"We still want to make sure the public is aware that the number one thing is, it's best not to have a stroke to start with," said study author Dr. Zuolu Liu. She's a neurologist and stroke fellow at the University of California, Los Angeles Medical Center.

More than 795,000 people in the United States suffer a stroke every year, according to the U.S. Centers for Disease Control and Prevention. Of those, about 140,000 die. The vast majority of strokes occur when a clot blocks blood flow to the brain, but strokes can also occur due to bleeding inside the brain.

The so-called "obesity paradox," which suggests obesity may act as protection for certain people, had previously been shown in heart disease and kidney disease patients, Liu noted.

In stroke patients, extra weight may serve as a "nutritional reserve" that helps them withstand the rigors of recovery, she said. Recovery can involve aggressive physical and occupational therapy, and potential problems swallowing.

BMI is a measurement based on height and weight. People are considered overweight if their BMI is 25 to 29, and obese with a BMI above 29. Study participants' average BMI was 27.5.

Results were calculated after adjusting for other factors that could influence survival rates, such as high blood pressure, high cholesterol levels or smoking.

The study also looked at the odds that patients would experience disabilities after their stroke. But these findings conflicted with the obesity paradox found for survival.

"Someone with severe obesity is still more likely to be left with [disabilities] than otherwise," Liu said.

Dr. Jonathan Raser-Schramm is medical director of the stroke program at Christiana Care Health System in Wilmington, Del. He noted that the obesity paradox remains an area of active research.

"Many previous studies have demonstrated that increasing body mass index is associated with increasing risk of stroke and death, and have emphasized the role that healthy diet and frequent exercise play in preventing stroke," Raser-Schramm said. He wasn't involved in the new study.

"I wouldn't want the focus on the obesity paradox after stroke to cloud the most important message for all of us, which is that preventing stroke in the first place through healthy living should be the priority," he added.

The study is scheduled to be presented at the American Academy of Neurology's annual meeting, in Philadelphia, May 4-10. Research presented at medical meetings should be considered preliminary until published in a peer-reviewed journal.

To learn about stroke signs and symptoms, visit the U.S. Centers for Disease Control and Prevention.