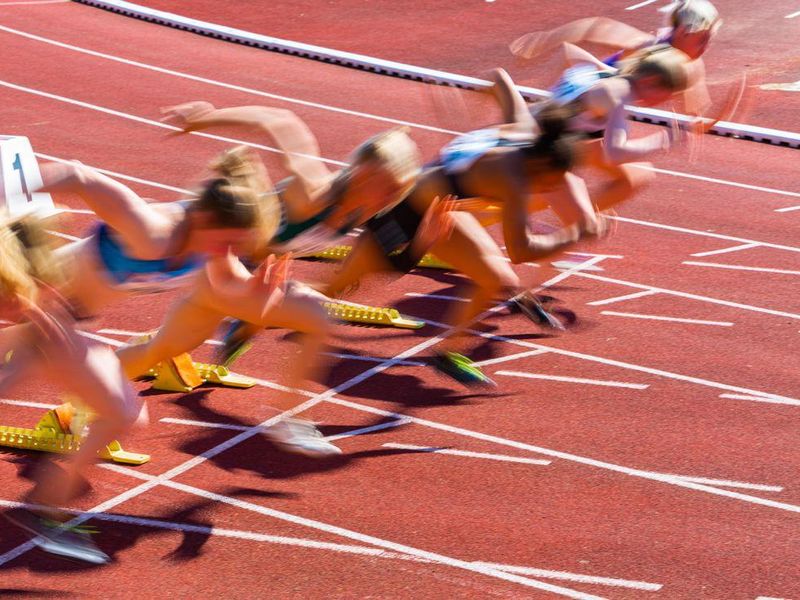 Empty Stadiums, COVID Fears: How Will It Affect Olympic Athletes?

To do their best, Olympic athletes need to be both physically and mentally fit, but the COVID-19 pandemic and its restrictions at the Tokyo Olympics has made that a real challenge, experts say.

"This Olympics is unprecedented," said Dr. Michael Lardon, an associate clinical professor of psychiatry at the University of California, San Diego.

The Tokyo Olympics itself, which officially begins Friday, is pressure-packed. You train for four years to get there and you often have one chance -- it's make or break. "Most athletes don't come back four years later, so making it to the Olympics is unique," he said.

But this time around, the pandemic has put extra pressure on the athletes, said Lardon, who has been a consulting psychiatrist to the U.S. Olympic Teams at the Olympic Training Center in Chula Vista, Calif.

Athletes are concerned about their own safety and the risk of getting COVID-19, which could knock them out of competition, he said. Also, they worry about the side effects of the vaccines, which can affect their performance.

All that's on top of the pressures they face preparing and competing in their sport, Lardon noted.

"One of the things that makes somebody a tremendous performer, whether it's in sports or other aspects of life, is if they have some obsessive-compulsive tendencies and are driven by anxiety to perfection," he said.

"Now you have people that are just worried for their own well-being. One of the dreaded things is going to the Olympics and getting the flu, or food poisoning that takes you out of competition, and now we have this ubiquitous virus," Lardon said.

Other psychological pressures can hamper an athlete's ability to perform, he added.

For example, most Japanese people aren't in favor of having the Olympics out of fear that it will be a breeding ground for COVID-19, Lardon said.

Moreover, the events will be held in mostly empty venues. The lack of fan support can have a measurable effect on the athletes' performance, he said.

"The vast majority of people didn't get to that level by not competing in front of large crowds," Lardon said. "Now, all of a sudden, there's no one there. Athletes feed off the crowd."

Eric Bean, a member of the executive board of the Association for Applied Sport Psychology, said that the isolation of this year's Olympics can also affect the athletes.

Bean is less concerned that the lack of crowds will affect performance.

"The lack of crowds will have an effect on athletes -- there's research showing that performing in front of the crowd does influence performance in a positive way," he said. Athletes at this level, however, are used to performing in a wide variety of conditions, Bean noted.

"So, I think athletes will be able to perform, but I'm not certain that we'll see a lot of broken records or world records," he added. "The elite performers will remain the elite performers, but I think the average performance overall will be lower."

Bean said that athletes will have to deal with these problems along with the usual stresses of the Olympics. He said they will have to practice what sport psychology teaches -- control what is controllable and accept what you can't control.

"Athletes will need to work with each other, have open lines of communication, work with the mental health professionals, whether it's a mental performance consultant or a sport psychologist," he said. "They should have the conversation around controlling what we can control, but also have an acceptance of the reality, even if it's not what they would prefer."

For more on athletes and mental health, head to Team USA.