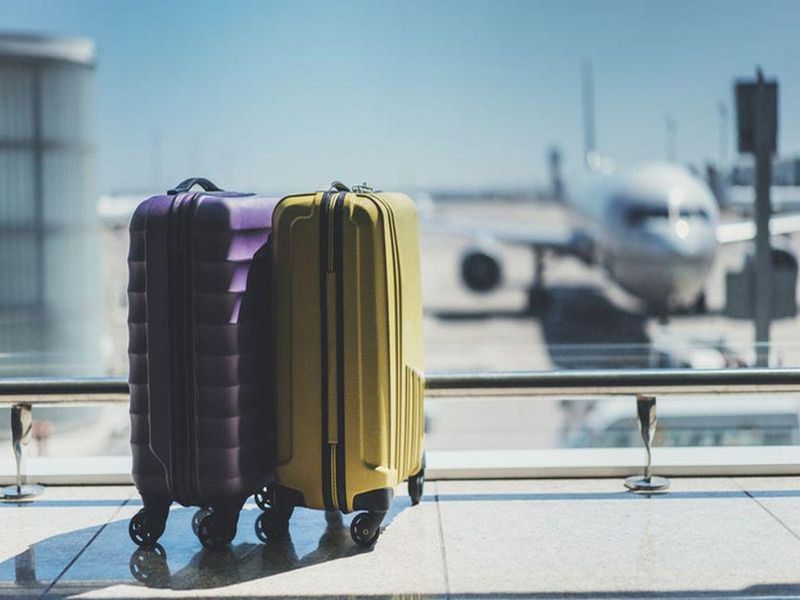 Americans on the Move as Post-Pandemic Life Begins

Americans flocked to beaches, parks and stadiums over Memorial Day weekend, as new coronavirus cases dropped to levels not seen since March 2020.

With more than 40% of the country fully vaccinated and the seven-day average of new COVID-19 cases falling to about 12,000 per day, Americans showed they were eager to embrace post-pandemic life.

The Indianapolis 500 became the largest sporting event since the pandemic began, with 135,000 fans in the stands on Sunday, CBS News reported.

Meanwhile, as summer camps prepare to reopen, the CDC issued new guidance that all campers and staffers can shed their masks when outside, but those who haven't been vaccinated still need to mask up indoors.

But summer camp sign-ups weren't the only sign that Americans are itching to get out and about.

More than 37 million Americans were projected to travel 50 miles or more this holiday weekend, an increase of 60 percent compared with this time last year, which registered the lowest number of Memorial Day travelers on record, the AAA said in a news release. Just 23 million people traveled last year for the holiday, the company said.

Paula Twidale, senior vice president for AAA Travel, said that "Americans are demonstrating a strong desire to travel this Memorial Day." Las Vegas and Orlando were likely two of the more popular spots during the busy holiday weekend, according to the company.

"This pent-up demand will result in a significant increase in Memorial Day travel, which is a strong indicator for summer, though we must all remember to continue taking important safety precautions," Twidale said.

Transportation Secretary Pete Buttigieg on Sunday told ABC News that he was cautiously optimistic about what the surge in travel means for the transportation system, but he emphasized that travelers were still required to wear masks on planes, trains and buses.

"We're not back to normal yet, we're not out of the woods yet as a country with this pandemic, but we're seeing such progress," Buttigieg said. "We are coming out of one of the biggest shocks, perhaps the biggest shock that the modern American transportation system has ever seen in terms of demand, schedules, all of these things changing. The system is getting back into gear."

Seventy percent of American adults could be vaccinated by this summer, a new poll suggests.

The survey results bode well for the country and likely mean that President Joe Biden's goal of 70 percent vaccine coverage for adults by July 4 will be reached.

The Kaiser Family Foundation's latest survey found 62 percent of respondents said they had received at least one dose of a vaccine, up from 56 percent in April. Even better, about a third of those had taken the stance of "wait-and-see" said they had already made vaccine appointments or planned to do so soon.

Vaccine expert Dr. William Schaffner, medical director of the National Foundation for Infectious Diseases, was heartened by the results.

"I think there are many people who were on the fence who were worried about things moving too rapidly and about possible side effects, but those concerns are being allayed as they see more of their friends and acquaintances celebrating getting vaccinated," Schaffner told The New York Times. "They're getting that growing sense of comfort and reassurance that 'people like me' are getting vaccinated."

The greatest increase in vaccination rates from April to May were seen among two important groups: Latino adults (47% to 57%) and adults without college degrees (48% to 55%).

But more good news was to be found in the poll: Forty percent of parents of adolescents said their child had already gotten at least one dose or would be getting one soon. On May 10, the U.S. Food and Drug Administration authorized the Pfizer vaccine for children ages 12 and older.

But parents of younger children were more guarded, with only about a quarter expressing a willingness to get their children vaccinated as soon as the shots become authorized for them, the poll found.

While public health experts acknowledged the continuing improvement in vaccination rates, they noted that it meant the pool of willing adults was shrinking.

"At this point, there's almost no low-hanging fruit, but there's a path toward a slow-but-steady increase in vaccination rates through improved access, information, persuasion and incentives," said Drew Altman, president and CEO of the Kaiser Family Foundation.

The telephone survey of 1,526 adults was conducted in English and Spanish from May 18 through May 25.

As of Tuesday, the U.S. coronavirus case count neared 33.3 million, while the death toll passed 594,000, according to a tally from Johns Hopkins University. Worldwide, more than 177.7 million cases had been reported by Friday, with over 3.5 million people dead from COVID-19.