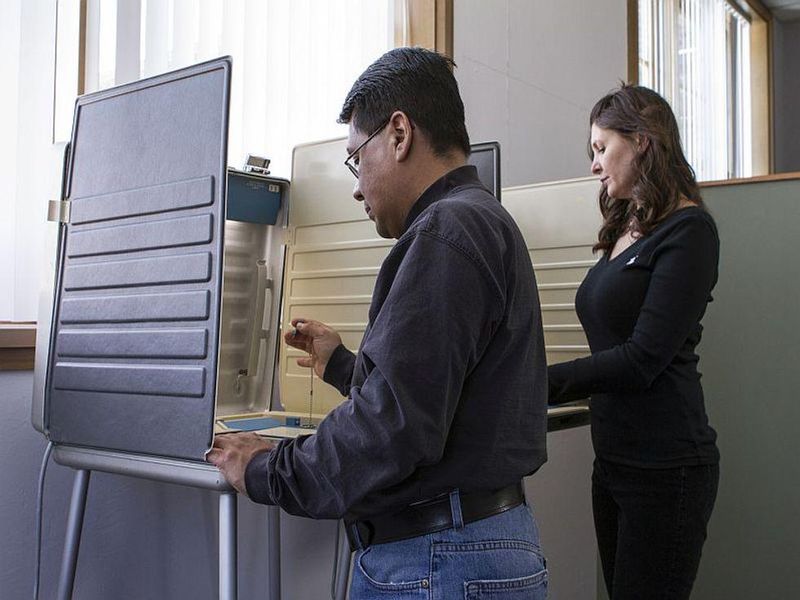 Elections Can Be Tough on Americans' Hearts

A U.S. presidential election can be hard on your heart.

That's the takeaway from two new studies that look back on the 2016 race between Republican Donald Trump and Democrat Hillary Clinton.

For one, researchers investigated heart rhythm disorders in more than 2,400 adults in North Carolina (average age: 70.8 years) who had implanted defibrillators or pacemakers that could be monitored remotely.

As it was during the 2020 presidential election, North Carolina was a key battleground state in 2016.

Researchers compared data from patients' implanted heart devices during the two weeks before and four weeks after the 2016 vote (election period), with a midsummer control period.

In all, patients had 2,592 episodes of arrhythmia during the election period, compared to 1,533 during the control period. Arrhythmia means the heart is beating too fast, too slow or irregularly.

"This is important because it can increase the risk of blood clots, stroke and other heart-related complications," she added in an American Heart Association (AHA) news release.

For the study, researchers linked data from the North Carolina Board of Elections to their patient database to determine if party affiliation and election results were associated with more heart events.

"We were surprised that we did not observe a higher incidence of arrhythmia among individuals who voted for the losing candidate," Rosman said. Nor were there more heart problems for patients who lived in counties that elected a candidate they opposed, she added.

The findings were published May 20 in the Journal of the American Heart Association. A similar study of the 2020 U.S. presidential election - this time with a nationwide sample - is in the works.

In the second study, researchers at High Point University analyzed blood pressure data gathered nationwide between May and October 2016 (pre-election) and again between November 2017 and April 2018 (post-election).

They found that Mexican-Americans' blood pressure was significantly lower before the election than after it (average 118/69.5 mm Hg compared to 121.7/72.6).

"We had expected to see some changes among those who did not have high blood pressure before the election," he said in an AHA news release. "However, it appears that existing hypertension may have a large influence on blood pressure fluctuations related to stress."

His findings were to be presented at a virtual meeting of the American Heart Association on Friday and Saturday. Research presented at meetings is typically considered preliminary until published in a peer-reviewed journal.