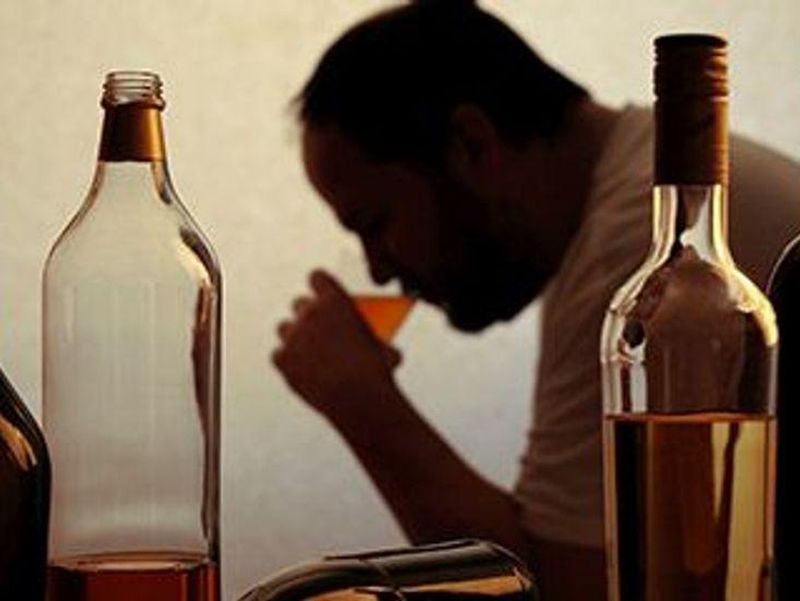 Just 1 in 10 People With Alcohol Problems Get Treatment

Americans with drinking problems are rarely referred for treatment, even though most say a doctor has asked about their alcohol use, a new study finds.

The study is not the first to uncover low rates of treatment for alcohol use disorders (AUDs) -- the medical term for drinking that interferes with a person's life and well-being.

According to the U.S. National Institutes of Health, fewer than 10% of Americans with drinking problems ever receive treatment.

The new findings -- based on more than 214,000 Americans -- are consistent with that. Of people who met the criteria for having a drinking problem, only about 6% said they'd received treatment.

But it wasn't because they weren't seeing health care providers or had never been screened for drinking problems -- which doctors should be doing, according to national guidelines.

Instead, it seemed doctors were often screening, but the process usually ended there.

"People with alcohol use disorders are hitting the health care system, but we're missing that opportunity," said lead author Dr. Carrie Mintz, a psychiatrist at Washington University School of Medicine in St. Louis.

There could be various reasons why, on both the doctor and patient end, she said.

For one, primary care doctors are pressed for time, and a deeper probe into patients' drinking may fall by the wayside. In other cases, Mintz said, patients may downplay their drinking.

And while doctors might ask about alcohol, she said, they may be reluctant to actually tell a patient that their drinking is problematic and suggest treatment options.

"There's no question stigma contributes to this," Mintz said.

She stressed that alcohol use disorders are "chronic brain diseases -- not moral failings."

Yet, that ongoing perception can keep people, including doctors, from talking openly about problem drinking.

Pat Aussem is associate vice president for consumer clinical content development at the nonprofit Partnership to End Addiction. She agreed that doctors' attitudes toward drinking can be a barrier.

"Some research suggests that the way problematic alcohol use is perceived by primary care providers influences not only the provider-patient relationship, but also the quality of care they receive," Aussem said.

In those studies, she said, some doctors blamed patients for their drinking and any related problems -- and "assumed patients knew how to solve them."

In other cases, Aussem said, primary care doctors may be uncomfortable tackling the issue because they lack training, or may not have a strong "referral base" -- a go-to list of providers who specialize in AUD treatment.

The findings - published in the June issue of the journal Alcoholism: Clinical & Experimental Research - are based on more than 214,000 U.S. adults and teenagers who responded to a government survey on substance abuse.

Just under 8% had an AUD -- meaning they met at least two of 11 criteria used to diagnose the disorder. They include problems like wanting to cut down on drinking but being unable to; continuing to drink even if it interferes with work, family care or relationships; or having withdrawal symptoms after a drinking bout.

Of all people with an AUD, more than 80% had seen a doctor or been to the emergency room in the past year. And 70% said they'd been asked about their alcohol use.

But that's where things dropped off, Mintz said.

Fewer than 12% of people with an AUD said a doctor had advised them to cut down on drinking -- what is known in medicine as a "brief intervention."

For some people with milder AUDs, Mintz said, brief intervention -- hearing a doctor say their drinking is a problem -- can be enough.

Many other patients, though, need more intensive help -- whether from support groups like Alcoholics Anonymous or counseling from a mental health professional. Patients with more severe AUDs, Mintz said, may benefit from medications, including naltrexone and acamprosate.

But in the study, only 5% of people with an AUD said they were referred to further care -- with a similar percentage (6%) saying they ultimately received treatment.

While many doctors are not being proactive, Mintz encouraged patients to be.

"For people who are concerned about their drinking," she said, "their primary care provider is still the best person to talk to."

She noted that while face-to-face counseling may not be accessible in all areas, online "telehealth" services can help bridge that gap.

Those services expanded earlier in the pandemic, Mintz said, when people were temporarily cut off from in-person counseling and support groups.

The full impact of the pandemic on problem drinking remains to be seen. But studies have found that Americans' alcohol consumption rose sharply last year, compared to pre-pandemic times.

There is a concern, Mintz said, that the number of people with an AUD -- and in need of treatment -- will also be higher.

The U.S. National Institute on Alcohol Abuse and Alcoholism has resources for finding treatment.