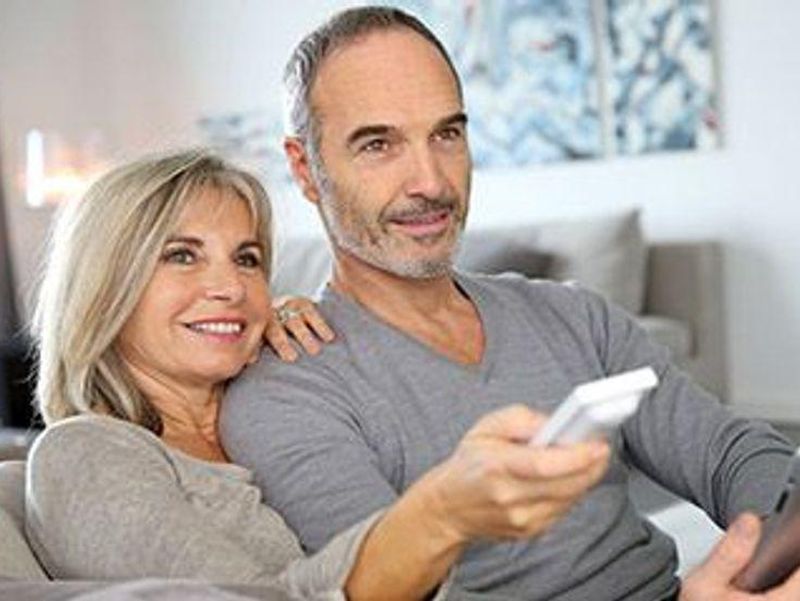 Too Much TV May Dull the Aging Brain

Mom always said too much TV would rot your brain, and as with so many other things it appears she was right.

Middle-aged folks who regularly turn to TV for entertainment appear to have a greater risk of decline in their reasoning and memory later in life, three new studies suggest.

The investigators couldn't say whether TV itself is directly behind this brain decline, or if it's the amount of sedentary couch time folks accumulate while watching television.

"I don't think it's necessarily the act of watching TV itself that is bad for brain health, but that it may potentially be a proxy measure of sedentary behavior," said Priya Palta, an assistant professor of medical sciences and epidemiology at Columbia University Vagelos College of Physicians and Surgeons in New York City. She's a lead researcher for one of the studies.

All three studies were presented virtually Thursday at the American Heart Association's Epidemiology, Prevention, Lifestyle and Cardiometabolic Health Conference. Findings presented at medical meetings are considered preliminary until published in a peer-reviewed journal.

"It definitely rings true to me that both sedentary behavior and the things that go along with it like obesity and high blood pressure and diabetes could lead to a gradual accumulation of brain injury over time," Elkind said. "The brain is also supplied by the blood vessels, and diseases of the heart and the blood vessels can lead to brain problems like cognitive decline and even dementia."

Two of the studies focused on participants in the Atherosclerosis Risk in Communities (ARIC) study, a long-term research effort focused on the health effects of hardened arteries.

Palta's study involved nearly 6,500 participants who tended to watch about the same amount of television over a roughly six-year period of time in the mid-1980s to mid-1990s.

The people were placed in three groups -- those who never or seldom watched TV, those who sometimes watched, and those who often or very often watched -- and underwent a series of brain performance tests as they grew older to track changes in their abilities.

A second study also used ARIC data but focused on about 970 people with relatively stable TV viewing habits who underwent additional brain scans to track changes in their brain structure.

This research team found that people who sometimes or frequently watched TV had lower volumes of deep gray matter more than a decade later in life, which indicates greater brain atrophy or deterioration, said lead researcher Kelley Pettee Gabriel, a professor of epidemiology in the School of Public Health at the University of Alabama at Birmingham.

Gray brain matter is involved in muscle control, vision, hearing, decision-making and other important brain functions. The more volume of gray matter in a person's brain, the better their ability to remember and reason, typically.

About 600 people were asked the average number of hours they spent in front of the tube daily during follow-up visits that occurred every five years for two decades.

Twenty years into the study, researchers conducted MRI brain scans to assess how much gray matter each participant still had.

This study also found that greater TV viewing was associated with lower volume of gray brain matter later in life.

For every extra hour of TV a person watched, on average, they lost about 0.5% of gray matter -- similar to the annual rate of brain deterioration in seniors, said lead researcher Ryan Dougherty, a postdoctoral fellow in the Department of Epidemiology at the Johns Hopkins Bloomberg School of Public Health in Baltimore.

Exercising when not on the couch isn't enough

This might not be something that can be addressed by working out when you're not being a couch potato, either.

In all of the studies, the physical activity and exercise habits of people did not impact the association between the hours they spent watching TV and their decline in brain function and gray matter volume.

These findings suggest "that this sedentary behavior may impart a unique risk with respect to brain and cognitive health," Dougherty said in a conference news release. "This is an important finding since it is now well accepted that the neurobiology of dementia, including brain atrophy, begins during midlife. That's a period where modifiable behaviors such as excessive television viewing can be targeted and reduced to promote healthy brain aging."

"Even if you go for a run, that's good and you can get your 30 minutes a day of physical activity, but if you spend the rest of the time sitting in an office at a desk and not moving at all, that may take away some of the benefits of exercise," Elkind said. "Overall, I would say the more movement, the better. Try to get some activity in every hour, even if you have to set a little reminder to do it."

There's also a chance that other more mentally stimulating sedentary activities might not be as harmful to future brain health.

The U.S. National Institutes of Health has more about the health risks of a sedentary lifestyle.