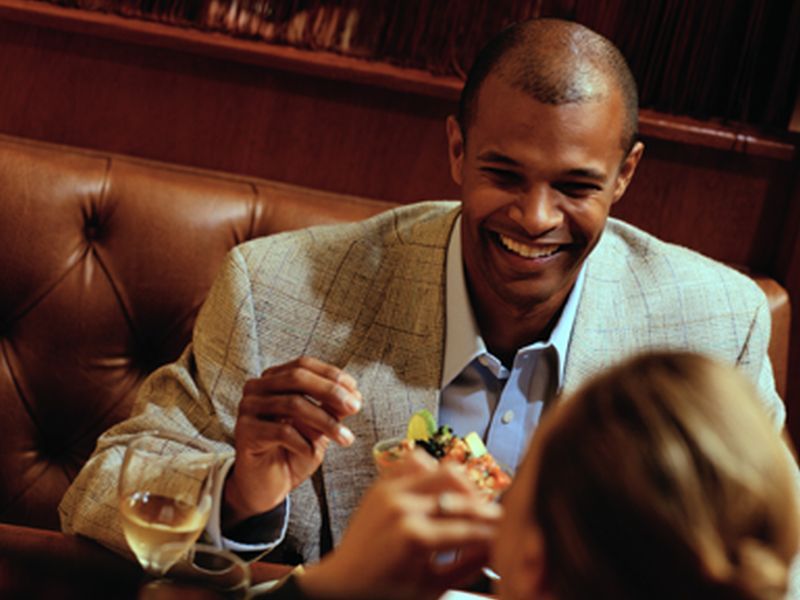 What's for Lunch? Often, It's What Your Co-Workers Are Having

Everyone has probably heard the expression "you are what you eat," but do you eat what you want, or do you follow the crowd?

New research suggests that what people have at lunch is influenced by the friends or coworkers who they are dining with. And this is true whether they're making healthy choices or unhealthy ones.

"We found that individuals tend to mirror the food choices of others in their social circles, which may explain one way obesity spreads through social networks," said study first author Douglas Levy, of the Mongan Institute Health Policy Research Center at Massachusetts General Hospital (MGH) in Boston.

The study examined the social influence of food choices for about 6,000 hospital employees in seven MGH cafeterias over two years. Participants represented a wide range of ages and socioeconomic backgrounds.

To determine how healthy their meals were, researchers relied on the hospital's own cafeteria labeling system, which designates all foods and beverages as green for healthy, yellow for less healthy and red for unhealthy. Data from identification cards used to pay for cafeteria purchases provided details on individuals' specific food choices.

The researchers were able to examine how many minutes apart two people bought food and how often they ate at the same time over many weeks. They also surveyed more than 1,000 workers, asking them to confirm the names of people the investigators had already identified as their dining partners.

Based on 3 million encounters between employee pairs, the researchers found that food purchases by people connected to each other were consistently more alike than different. The effect was a bit stronger for healthy foods than for unhealthy ones.

The investigators further analyzed data to see if the results were evidence of social influence, and not just because people who had similar lifestyles and food preferences ate together.

The study authors said their findings could inform public health interventions to prevent obesity. One option would be to offer two-for-one salads -- but not cheeseburgers -- to pairs of people making food choices. Another would be to have an influential person in a social circle model healthy food choices.

The research also shows that an intervention that improves healthy eating in a particular group will also be of value to their social connections.

Study co-author Mark Pachucki, associate professor of sociology at the University of Massachusetts, Amherst, said, "As we emerge from the pandemic and transition back to in-person work, we have an opportunity to eat together in a more healthful way than we did before. If your eating habits shape how your co-workers eat -- even just a little -- then changing your food choices for the better might benefit your co-workers as well."

The findings were published April 22 in Nature Human Behaviour.

The U.S. Centers for Disease Control and Prevention offers these healthy eating tips.