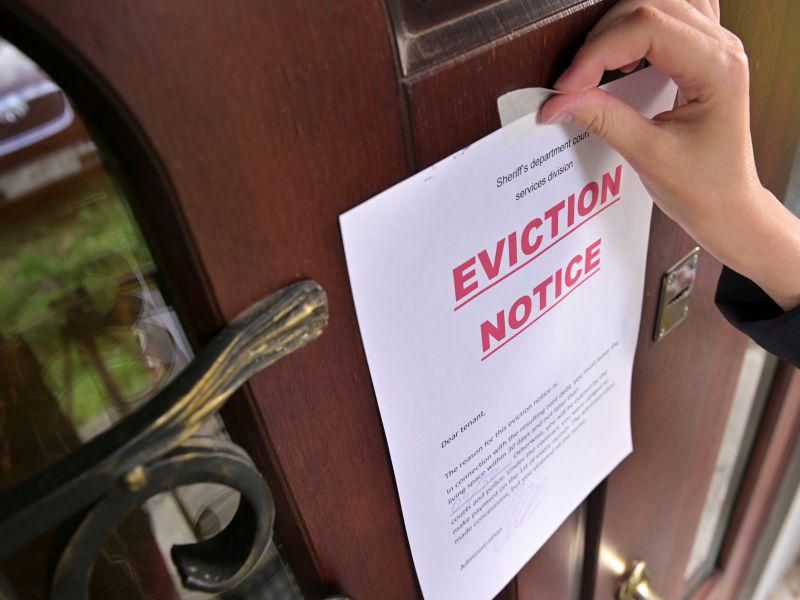 Eviction bans during the COVID-19 pandemic reduced infection rates not only in people who avoided displacement but also in their communities, according to a new study.

"When it comes to a transmissible disease like COVID-19, no neighborhood is entirely isolated," said study author Alison Hill, assistant professor of biomedical engineering at Johns Hopkins University, in Baltimore.

In response to significant job losses, many U.S. state and local governments temporarily halted evictions last spring. Just as these bans were about to expire in September, the U.S. Centers for Disease Control and Prevention ordered a nationwide ban.

The order is extended a few months at a time and faces legal challenges and doubts about whether eviction bans reduce the spread of SARS-CoV-2 (the virus that causes COVID-19).

To answer that question, researchers used computer modeling to predict the number of additional infections that would have occurred in major U.S. cities if evictions had been allowed during the fall of 2020.

People who are evicted or who live in a household that takes in people who have been evicted have 1.5 to 2.5 times more risk of being infected than if eviction bans were in place, according to findings published April 15 in the journal Nature Communications.

"People who experience eviction often move in with other households, increasing the density of people living together," Hill said in a Hopkins news release. "Households are known to be an important setting for SARS-CoV-2 infection, so this can increase transmission rates."

The findings also showed that without eviction bans, the risk of SARS-CoV-2 infection would rise for all residents of a city, not just those who are evicted.

For example, if a city of 1 million has a monthly eviction rate of 1% of households, an additional 4% of the population could become infected. That corresponds to about 40,000 more cases of COVID-19, the researchers said.

Even with a much lower eviction rate of 0.25% per month -- similar to pre-pandemic rates in cities such as Atlanta, Detroit and Tucson, Arizona -- there would be about 5,000 additional infections.

"Some opponents of eviction bans say that evictions only affect a narrow part of the population, but our simulations indicate that evictions not only put disadvantaged households at risk of infection, but entire communities as well," Hill said.

To reduce infection rates and ease economic hardship, the researchers said governments should consider extended eviction bans, financial assistance for both tenants and landlords, and resources to help people reduce SARS-CoV-2 transmission in their homes.

The National Low Income Housing Coalition has more on COVID-19 and housing.