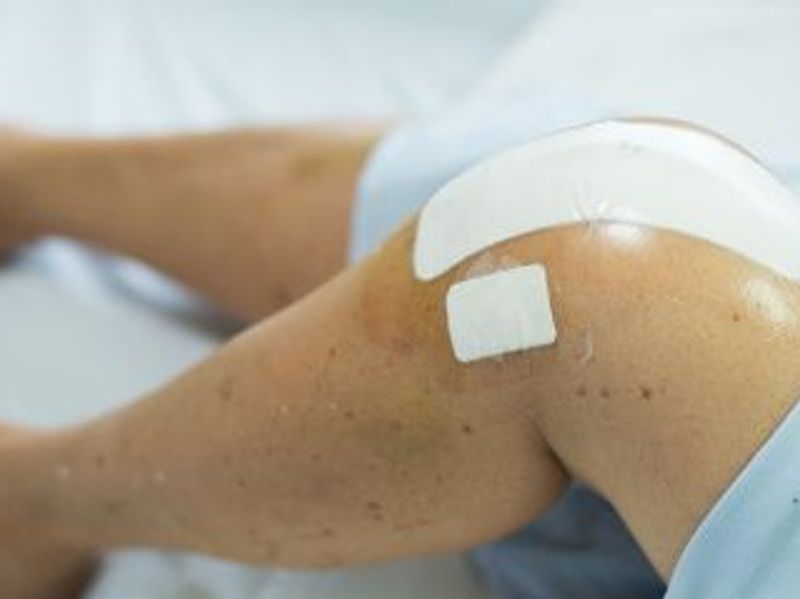 An emerging technology could zap your post-op pain away -- little or no opioids needed.

The technique is called percutaneous peripheral nerve stimulation. It involves inserting a small wire next to a nerve and using a stimulator to deliver a mild electrical current to the affected area, interrupting pain transmission.

A team led by Dr. Brian Ilfeld, of the University of California, San Diego, tested the device in patients who were having foot, ankle or knee operations, or major shoulder surgery. The wire can be placed while the patient is awake, without need for sedation.

"It's pretty straightforward," Ilfeld said. "You numb up the skin and place the needle through that location … then you use an ultrasound machine to guide the needle towards the target nerve and about one centimeter away from it, you deploy the lead, which is inside the needle. So you essentially just withdraw the needle, which leaves the lead in place."

Patients then have their procedure and wake up with the device ready to go. They're already comfortable, because doctors use nerve blocks to relieve their pain for 10 to 12 hours, Ilfeld said.

"When they're in the recovery room, we attach a stimulator, which is about the size of two half-dollars placed next to each other," he said. "It's small enough that you can just stick it onto the patient."

At home, participants used a battery-powered pulse generator to control the electrical stimulation.

Sixty-five volunteers were part of this pilot study, with 31 in the active device group and the rest receiving a dummy device. All received opioid pain medication just in case. Two weeks later, the lead was removed during a post-operative check up. Patients were followed for up to four months.

The findings, which were published online recently in the journal Anesthesiology, were better than the doctors could have hoped for.

"We decreased opioid use dramatically, by 80%, and we decreased pain scores by about 60%," Ilfeld said. "So it was far more potent than we had anticipated."

The possibilities are promising, but the size of this initial study was too small to make definitive claims, Ilfeld said. In addition, the device can only work on relatively small areas of the body and wouldn't be effective for a procedure that encompasses multiple nerve regions, he explained.

A more extensive study is in the works to see if the nerve stimulation technique could be integrated in future surgery pain relief practices.

If the method does become the norm, the implications could be revolutionary, according to Dr. David Dickerson, chairman of the American Society of Anesthesiologists' Committee on Pain Medicine.

"Even though we've developed all sorts of new anti-inflammatories and nerve blocks, patients after surgeries still have almost the exact same incidence or likelihood of having uncontrolled moderate to severe pain" as 15 to 20 years ago, Dickerson said. Something that leads to a more than 50% reduction in pain and 80% reduction in opioid exposure is, "for the first time, something that's going to move that needle," he added.

Dickerson said SPR Therapeutics, maker of the stimulation system, had paid him to show other doctors how to use the device for chronic pain. He added that he has no other financial ties to the company.

The breakthrough could help alleviate the nation's opioid epidemic.

An estimated 2 million Americans abuse the drugs, and 90 people per day die from opioid overdoses. Many start using them in the hospital to manage pain and then can't stop.

Ilfeld said, "One of the ways that people become addicted to opioids is by actually getting them first after surgery for post-operative pain control, and then they just continue to use them and continue to want them."

While some patients in the study did need opioids in addition to the nerve stimulation, any technology that reduces use of the drugs could save lives, the doctors said.

For more about post-operative care, visit the U.S. National Institutes of Health.