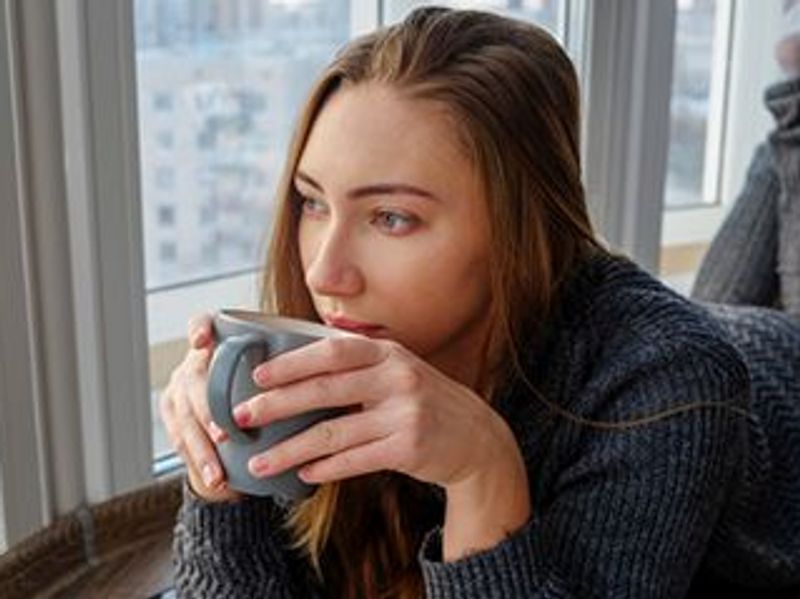 Even a Little Coffee in Pregnancy Could Impact Newborn's Weight: Study

As little as half a cup of coffee each day might be enough to stunt the growth and birth weight of a baby in the womb, a new study claims.

Women who consumed an average 50 milligrams of caffeine per day -- equivalent to half a cup of coffee -- had infants that were 2.3 ounces lighter than babies born to women who didn't drink any caffeine, researchers report.

That amount is a fraction of the daily caffeine consumption limit currently recommended by the American College of Obstetricians and Gynecologists (ACOG) and the World Health Organization (WHO), said lead researcher Jessica Gleason. She is a postdoctoral researcher with the U.S. National Institute of Child Health and Human Development.

ACOG recommends that pregnant women limit their caffeine consumption to less than 200 milligrams a day, and the WHO suggests less than 300 milligrams daily, Gleason said.

"Our results do stand out in light of those recommendations, because we're finding that even at lower levels we are seeing these small reductions in size," Gleason said.

Previous studies looking at caffeine's effects on pregnancy relied on women to report how much they consumed daily, Gleason said.

This study took things a step further, using blood samples taken between 10 and 13 weeks of pregnancy from more than 2,000 women at 12 clinical sites in the United States, to determine their exact levels of both caffeine and its metabolite, paraxanthine.

These effects on birth size and weight from caffeine are on par with those observed in pregnant smokers, Gleason noted.

"This reduction in birth weight is within the range we see in reductions of birth weight among women who smoke during pregnancy," Gleason said, noting that smokers tend to deliver babies an average 1.8 to 7 ounces lighter than those of nonsmokers.

The findings were published online March 25 in JAMA Network Open.

But while these results are concerning, pregnant women shouldn't rush to throw out all their coffee beans, tea bags and diet colas, said Dr. Jill Berkin, an assistant professor of maternal-fetal medicine with the Mount Sinai Health System in New York City.

The results of this study conflict with prior research, which found no significant link between caffeine and fetal growth, Berkin said.

Further, the effects of caffeine on birth size and weight observed here were not enormous, Berkin said, and so it's hard to say whether these babies would suffer any of the long-term health effects typically associated with stunted fetal development.

These effects can include increased risk of obesity, heart disease and diabetes later in life, the researchers said in background notes.

"It was so very small, really only coming out to about 3 ounces of difference in body weight. Whether the 3 ounces has clinical impact on a baby long-term remains to be determined," Berkin said. "We know there are poorer outcomes associated with babies that are in the less than tenth percentile for expected weight for gestational age, but not smaller reductions in potential fetal weight, so whether that's clinically significant is really unknown."

Berkin added that caffeine did not significantly affect one crucial measure of fetal development -- abdominal circumference.

There are several theoretical reasons to suspect that caffeine could inhibit fetal growth, Gleason said.

"We know that caffeine and its primary metabolite paraxanthine both cross the placenta, but the fetus lacks the enzymes to break down or clear caffeine from its system," Gleason said. As caffeine builds up in fetal tissues, it could disrupt growth in the womb.

Prolonged exposure to caffeine could also cause blood vessels in the uterus and placenta to constrict, which could reduce blood supply to the fetus and inhibit growth, Gleason said.

"The results of a single study are never going to allow us to make any sort of recommendations, but just this evidence alone should certainly spark additional research into low-level caffeine consumption and size at birth and growth restrictions," Gleason said.

Birth size is not the only thing that can be affected by coffee consumption during pregnancy: Research published earlier this year in the journal Neuropharmacology found that too much coffee during pregnancy was linked to a higher risk for behavioral problems among children.

The March of Dimes has more on caffeine and pregnancy.