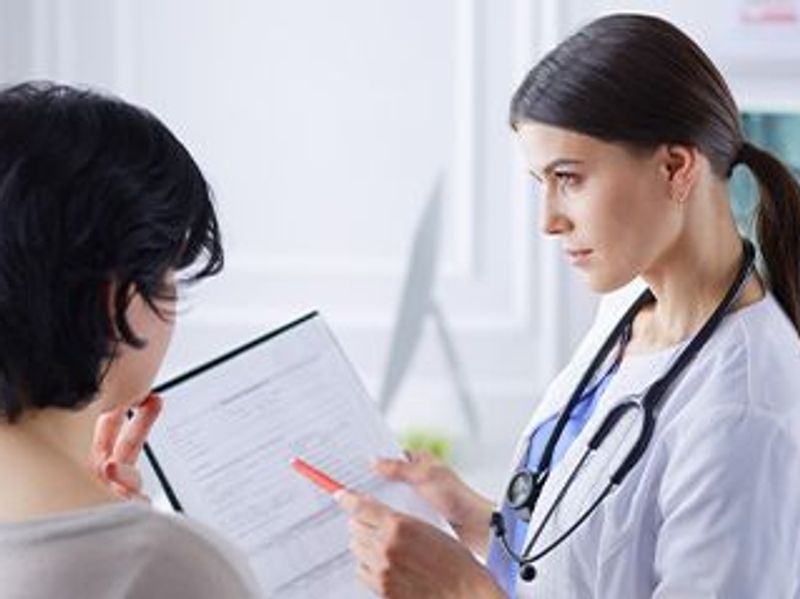 Heavy bleeding following birth can threaten the life of the mother, and doctors at times turn to a hysterectomy to end the bleeding. But a new study suggests a less invasive, underused procedure might be a better, less drastic option.

Investigators determined that when postpartum bleeding occurs, hysterectomies -- the removal of the uterus -- are 60% more common than uterine artery embolization (UAE) procedures, despite the fact that "UAE is safer and has an easier recovery than hysterectomy," said study author Dr. Janice Newsome, an associate professor in the department of radiology and imaging at Emory University's School of Medicine in Atlanta.

Speaking at the Society of Interventional Radiology's virtual annual meeting recently, Newsome pointed out that serious postpartum bleeding can come on quickly and is not uncommon. It affects roughly 100,000 American women each year and is the leading cause of global maternal mortality, she said.

The situation is complicated by the fact that in up to 20% of cases, there are no obvious risk factors that would give physicians advance warning, Newsome added.

The most common intervention, she noted, is a blood transfusion. But after reviewing data on nearly 10 million U.S. births between 2005 and 2017, her team concluded that hysterectomy is the second most frequently used treatment. By comparison, UAE is an "underutilized option," she noted.

According to the U.S. National Library of Medicine, a UAE involves sedation with a localized painkiller, followed by insertion of thin tube (catheter) through the groin and threaded up into the uterine arterial pathway. Tiny gelatin particles are then inserted through the tube, to curb blood supply and stem the bleeding.

This happened even though a hysterectomy is permanent, after which the patient can no longer have more children. Also, "prolonged hospital stays of more than 14 days were twice as likely in patients who had hysterectomies," when compared with UAE patients. Hysterectomy patients also get hit with significantly higher hospital bills, Newsome's team noted, averaging $18,000 more per patient.

The study also found that hysterectomies were twice as common as UAE among Hispanic women. They were also more frequently performed among Medicaid patients, the uninsured, and those living in rural communities.

Newsome suggested that going forward hospitals should make sure to have an interventional radiologist on hand, to ratchet up their ability to provide UAE when faced with a postpartum bleeding emergency.

Dr. Eran Bornstein, vice chair for obstetrics and director of material fetal medicine at Lenox Hill Hospital in New York City, argues that choosing a treatment for postpartum bleeding are much more complex than the study seems to suggest.

"This is important work that deals with a very important issue," noted Bornstein, who was not part of the study. "And the results have some validity in showing that in some places in the U.S. there may be an issue with adequate access to interventional radiology. But I would be cautious interpreting the results."

For one, said Bornstein, it could very well be that the lower mortality and shorter hospital stay the study links to UAE simply means that UAE patients had less severe bleeding.

Another problem: "The data used in this study looks at procedure codes in a large population" to calculate frequency of treatment use. "But they're not looking at cases in detail," and accounting for all the different factors that can give rise to maternal bleeding. "And not all those conditions are treated the same way," he said.

On top of that, the study essentially focuses on just two treatments, "while in truth there are many," Bornstein added.

"There is pharmacological: medication to try to contract the uterus. There is manual massage, which can sometimes be effective. There is repairing of lacerations. There are different ways to cause tamponade [closure] in the uterus. Then there are surgical techniques, with different types of stitches to compress the uterus. And then, yes, there is the embolization and hysterectomy," Bornstein acknowledged.

"And, of course, a hysterectomy is a last result," he stressed. "I'm not promoting a hysterectomy. But I don't know any obstetrician who would want to do a postpartum hysterectomy unless they feel they have to. The fact is that embolization (UAE) is a great adjunct option. But a hysterectomy can be a lifesaving procedure for the most significant postpartum hemorrhages. You just can't generalize. You have to look at each case individually."

There's more information on UAE at the Cleveland Clinic.