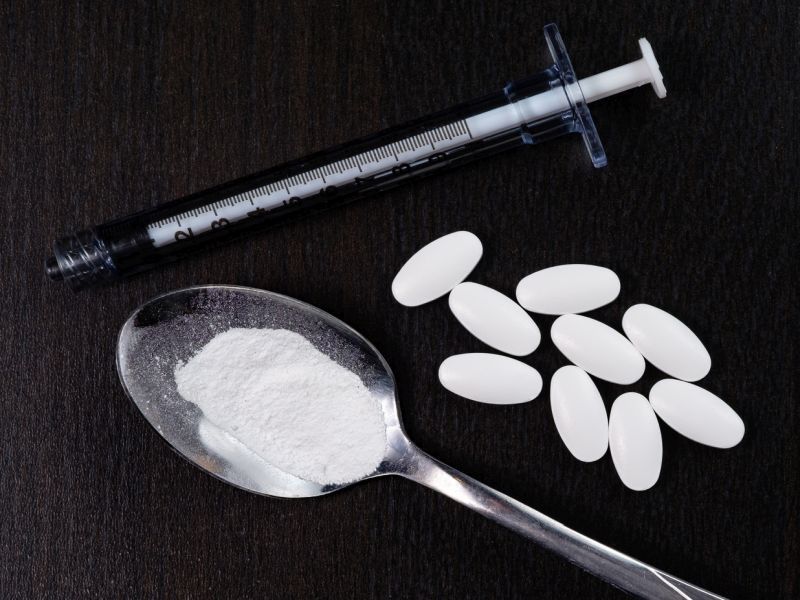 One Ohio medical center has seen a sharp rise in heart infections and strokes related to IV drug abuse -- pointing to one more consequence of the U.S. opioid epidemic, researchers say.

In a preliminary study, the researchers found that between 2014 and 2018, their hospital saw a 630% increase in infectious endocarditis related to IV drug use.

Infectious endocarditis arises when bacteria settle into the heart's lining, and often on the valves that keep blood moving through the heart. The infection can have various sources, but IV drug users are at increased risk because bacteria from contaminated injection equipment can get into the bloodstream.

Some patients with endocarditis end up having a stroke because bacterial clumps lodged on the heart valves break loose.

"When they break off, the first place they go is the brain," explained Dr. Shahid Nimjee, the lead researcher on the new study.

He and his colleagues found that not only has there been a spike in endocarditis related to IV drug use, but those patients are also more likely to suffer a stroke. Just over one-quarter did, versus 14% of patients with endocarditis from other routes of infection.

Nimjee is surgical director of the Comprehensive Stroke Center at Ohio State University Wexner Medical Center in Columbus. Ohio, he noted, has been an epicenter of the nation's opioid epidemic.

"When I moved here in 2014, I was seeing all these patients with infectious endocarditis and IV drug use," Nimjee said.

Those observations eventually led to the current study, and, Nimjee said, "it validates what we were seeing."

Nimjee will present the findings at the American Stroke Association's annual meeting, being held online March 17-19. Studies reported at meetings are generally considered preliminary until published in a peer-reviewed journal.

The results are based on records from patients treated for infectious endocarditis at the Ohio medical center between 2014 and 2018. Of 351 patients, nearly half had infections linked to IV drug abuse. And the numbers rose sharply over time.

It's not clear why IV drug users in this study had a higher stroke rate than other endocarditis patients, said Dr. Carolyn Brockington, director of the Stroke Center at Mount Sinai Morningside/Mount Sinai West in New York City.

The patient numbers were fairly small, so it's hard to draw conclusions, said Brockington, who is also a volunteer expert with the stroke association.

She said the takeaway for her is this: When doctors see a patient with stroke symptoms and IV drug use, they need to consider endocarditis as the potential cause.

"That's something that may not have been appreciated before," Brockington said. "But this is another factor we need to think about ... in the middle of an opioid epidemic."

The study was limited to one medical center, in a state hard-hit by opioid abuse, and the numbers would likely vary among hospitals, Nimjee said.

He said the full impact of the epidemic on the number of endocarditis cases and strokes nationwide is unknown.

Over the past year, as the United States has dealt with the COVID-19 pandemic, the opioid crisis has been "forgotten," Nimjee said.

"But it hasn't gone away," he stressed. "We've really got to dedicate resources to solving this problem."

The U.S. opioid epidemic began with widespread addiction to, and abuse of, prescription oral painkillers like OxyContin (oxycodone) and Vicodin (hydrocodone). But in recent years, people addicted to the drugs have turned to heroin -- taken by injection -- and illegally manufactured versions of the painkiller fentanyl.

Infectious endocarditis is just one of the potential consequences. Every day, an average of 130 Americans die of an opioid overdose, according to the U.S. National Institute on Drug Abuse.

The U.S. National Institute on Drug Abuse has more on the opioid crisis.