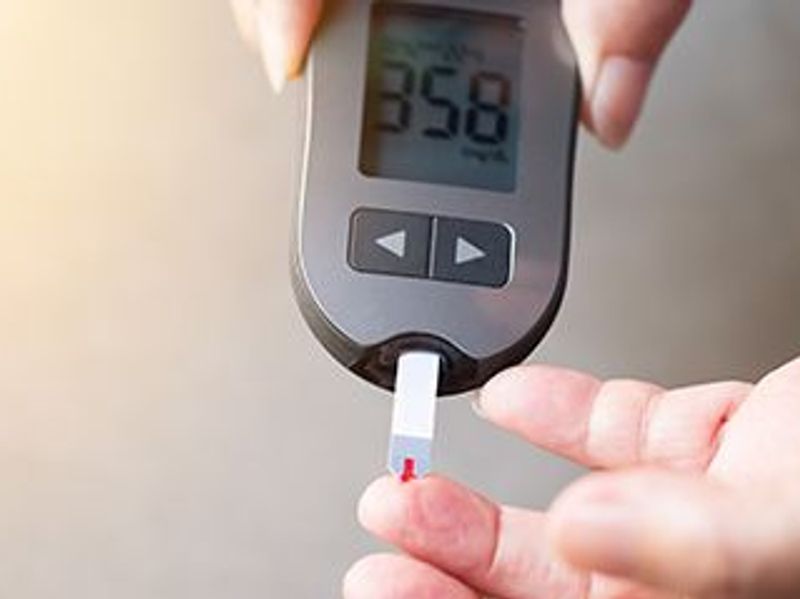 Could a Drug Prevent Type 1 Diabetes in Those at Risk?

Just two weeks of treatment with an experimental drug can delay the onset of type 1 diabetes by several years, researchers report.

The drug, called teplizumab, is already under review by the U.S. Food and Drug Administration based on earlier evidence of its effectiveness.

If it gets the green light, it would become the first drug approved for delaying type 1 diabetes in high-risk people.

In the earlier study, researchers found that two weeks of teplizumab infusions typically held the disease at bay for two years, versus a placebo.

In this latest follow-up, the investigators found that half of patients given teplizumab were still diabetes-free five years later, versus only 22% of the placebo group.

At the outset, patients in the study, most of whom were younger than 18, were almost certain to develop type 1 diabetes: They had a relative with the disease and were already harboring "auto-antibodies" in their blood, which is a sign the immune system was beginning to attack the body's own cells.

Type 1 diabetes arises when the immune system mistakenly goes after cells in the pancreas that produce the hormone insulin. Insulin has the critical job of moving sugars from food into the body's cells to be used as fuel.

To survive, people with type 1 diabetes need to take synthetic insulin, either via daily injections or a pump attached to the body.

How does the new drug work? Teplizumab is a lab-engineered antibody that targets specific immune cells, interfering with their ability to disable and destroy insulin-producing cells.

It's not clear yet whether the drug might fully prevent type 1 diabetes in some people.

But it can forestall the disease, which is critical, according to Sanjoy Dutta, vice president of research at the JDRF, a nonprofit that funds type 1 diabetes research.

The disease often strikes in childhood, and after many years people commonly develop complications such as heart, kidney and eye disease, as well as serious nerve damage.

Delaying diabetes, especially in kids, "is like money in the bank," Dutta said.

The longer people can live with their own functioning beta cells (the cells that produce insulin), the better, Dutta explained. They will have better long-term control of their blood sugar, and down the road that could cut their risk of complications.

The teplizumab trial was sponsored by the Type 1 Diabetes TrialNet Study Group, a network funded by the U.S. National Institutes of Health and JDRF.

The drug, being developed by the biotech company Provention, was awarded "breakthrough" status by the FDA, which means it will get an expedited review. An approval could come as early as this summer, according to Dr. Kevan Herold, a professor at Yale University who led the trial.

These latest findings, published online March 3 in the journal Science Translational Medicine, are based on 76 patients who were randomly assigned to either two weeks of teplizumab (given by IV) or a placebo.

Among patients given the real drug, the median time until diabetes diagnosis was five years (meaning half were still disease-free at that point). In the placebo group, that figure was just over two years, for a nearly three-year difference.

According to Stephan Kissler, a researcher at the Joslin Diabetes Center in Boston who was not involved in the trial, "These results show not only that the drug can delay diabetes, but that it can also improve pancreas function before diabetes is diagnosed. This is a convincing sign that the drug can halt disease progression -- at least for a significant period of time."

There are still key questions to answer.

Dutta said the trial, involving mostly kids, went conservative with the teplizumab dose. So now researchers are wondering whether a bigger dose -- perhaps giving a "booster," similar to a vaccination -- would be even more effective, he noted.

Kissler said the current study is "far from over," since many participants remained diabetes-free.

"Whether teplizumab will be sufficient to completely prevent diabetes in some individuals is uncertain," he said. "But these remarkable results give us hope that a complete prevention may one day be achievable."

That, Kissler said, might come via teplizumab or other immune-system therapies. He noted that researchers are developing drugs to shield beta cells from the immune assault, and it's possible such therapies could enhance the protective effect of teplizumab.

If teplizumab is approved, that will amplify the importance of identifying people with type 1 diabetes auto-antibodies. Screening tests are available, but not yet widely done.

Relatives of people with type 1 diabetes can get free auto-antibody screening through the TrialNet study, according to JDRF.

JDRF has information on screening for type 1 diabetes auto-antibodies.