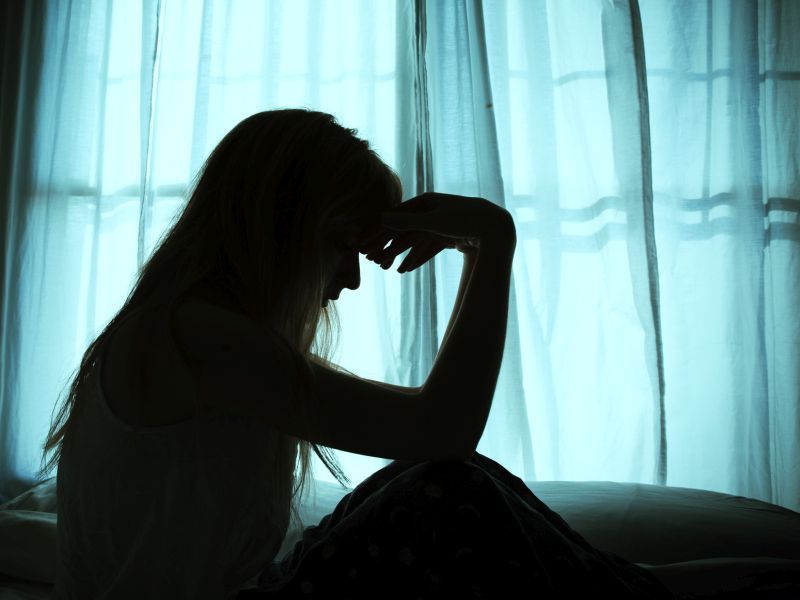 As if suffering from a mental illness as a child isn't tough enough, new research suggests it could predict higher odds for physical ills in later life.

There was one silver lining to the findings, however.

Knowing that childhood mental illness is a factor, "you can identify the people at risk for physical illnesses much earlier in life," explained study lead researcher Jasmin Wertz, a postdoctoral researcher at Duke University in Durham, N.C.

"If you can improve their mental health in childhood and adolescence, it's possible that you might intervene to improve their later physical health and aging," she said in a university news release.

In one of two studies, Wertz and her colleagues analyzed data from just over 1,000 people in New Zealand who were born in 1972 and 1973, and then followed from birth to past age 45.

By middle age, those with a childhood history of mental illness -- conditions such as anxiety, depression, substance abuse and schizophrenia -- were aging at a faster pace, had bigger declines in their sensory, motor and mental functions, and were rated by others as looking older than their peers.

The findings held even after the researchers controlled for health risk factors such as being overweight, smoking, certain medications and previous history of physical disease. The study was published online Feb. 17 in the journal JAMA Psychiatry.

That study also found a strong association between early-life mental health and medical and neurological illnesses later in life. It was published online recently in JAMA Network Open.

According to Terrie Moffitt, senior author on both studies and professor of psychology and neuroscience at Duke, "The same people who experience psychiatric conditions when they are young go on to experience excess age-related physical diseases and neurodegenerative diseases when they are older adults."

The findings suggest that a bigger investment in the prompt treatment of mental illness early in life could prevent many later health problems.

Dr. Victor Fornari is vice chair of child and adolescent psychiatry at Zucker Hillside Hospital in Glen Oaks, N.Y. He believes it's important to recognize the mind-body connection for health, so that timely intervention can boost health overall.

"Despite stigma and denial, recognition of this is critical in order to promote optimal health outcomes," he said.

According to Dr. Timothy Sullivan, factors that often accompany mental ills -- "such as smoking and obesity/lack of exercise, reduced access to and use of good health care, and lower economic achievement" -- are probably in play.

Anxiety and depression are also "associated with changes in our immune system that lead to chronic inflammation, injuring our heart, blood vessels, and other organs," said Sullivan, who directs psychiatry and behavioral sciences at Staten Island University Hospital in New York City.

There are concrete things that parents and policymakers can do to reduce the danger, however.

"Directing resources to adolescents with early signs of mental health difficulties is crucial: helping them to stay in school and get better jobs; manage social stresses and improve relationships; avoid substance use, smoking and overeating leading to obesity and possible later development of diabetes," Sullivan said.

"In doing so, we will avoid unwanted health outcomes, in the end saving the much greater expense of resources that would otherwise be spent treating illness later in life," he added.