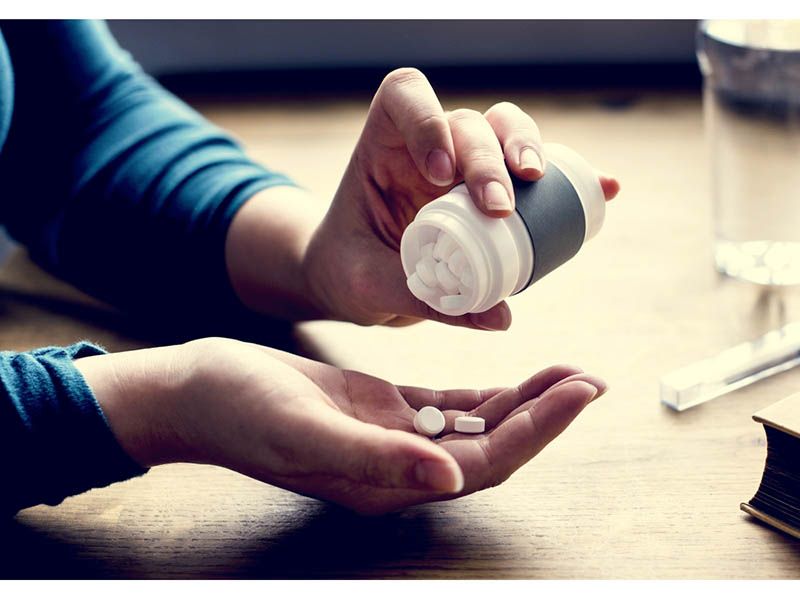 1 in 3 Young Americans Prescribed a Psychiatric Drug Misuses Them: Study

Many young Americans are prescribed psychiatric drugs to treat medical conditions, but nearly one-third of them wind up misusing the medications, a new study finds.

"Misuse of prescription substances is alarmingly high among U.S. youth and young adults," said lead researcher Israel Agaku, a part-time lecturer in oral health policy and epidemiology at the Harvard School of Dental Medicine, in Boston.

The study found that, overall, 35% of young people (aged 12 to 25) said they had taken a prescribed psychoactive drug in the past year, and 31% of those said they had misused that drug. While opioids were the most commonly prescribed drug, misuse of stimulants and tranquilizers was higher. Psychotropic drugs change a person's mental state and can have intoxicating effects.

"This study draws attention to the silent epidemic of prescription stimulant use among youth," Agaku said. "With increasing popularity of performance-enhancing stimulants in schools, it is imperative for policymakers, school administrators, health care professionals and parents to become more aware of this emerging danger and take appropriate steps, similar to what has been done for the opioid epidemic."

Dr. Scott Krakower, an attending psychiatrist in child and adolescent psychiatry at Zucker Hillside Hospital in Glen Oaks, N.Y., said, "It is very alarming to see so many young people having access to controlled substances." It is important for doctors to screen for illicit substance use and psychological stressors that may also affect prescription drug abuse, he added.

For the study, Agaku and his colleagues collected data on more than 110,000 participants aged 12 to 25 in the 2015 to 2018 U.S. National Survey of Drug Use and Health. Because these data are self-reported, the researchers can't be sure they are completely accurate.

The investigators found that one in 10 participants took at least two prescribed psychoactive drugs, and 58% abused one of them. Also, 87% said they used another substance, such as alcohol, cigarettes, cigars, marijuana, cocaine, heroin, inhalants or hallucinogens.

About 20% said they misused their drugs, with 40% misusing tranquilizers, 24% abusing stimulants, nearly 18% abusing opioids and 14% misusing sedatives, according to the report.

Abusing these drugs can have serious consequences, the authors warned. In fact, nearly 12% of the 18- to 25-year-olds reported serious psychological problems, which were tied to misuse of every psychoactive drug the researchers looked at in the study.

Linda Richter, vice president of prevention research and analysis at the Partnership to End Addiction, said, "Parents should be conscious of the attitudes and behaviors they model for their children when it comes to prescription drugs, and convey that medications are not to be taken lightly, or that a pill is necessary to relieve everyday stress or anxiety."

Parents should talk with their kids about the risks of prescription drug misuse and explain that, just because these drugs are prescribed by a doctor, they are not safe unless taken as prescribed by the person for whom it was prescribed, she added.

Parents should also ask if there are less dangerous alternatives their child can take, Richter said. And they should tell the doctor if there is a family history of substance abuse, because such a history can increase the likelihood of developing an addiction.

"Doctors and other prescribers should take these medications seriously, prescribe them sparingly to young people, and do so in the context of educating patients and their families about the risks," Richter said.

The report was published online Feb. 3 in the journal Family Medicine and Community Health.

For more on prescription drug abuse, head to the U.S. National Institute on Drug Abuse.