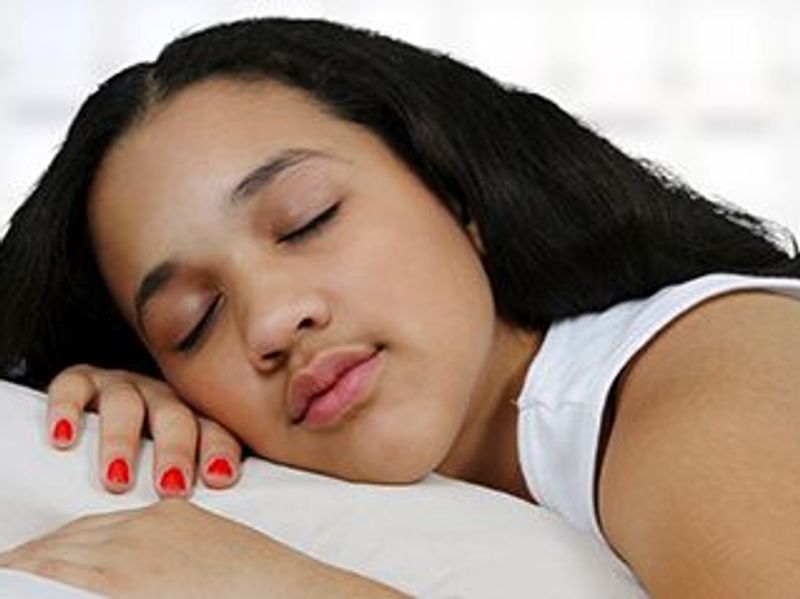 How Your Neighborhood Can Hamper Your Teen's Sleep

Living in a noisy neighborhood with less green space negatively affects teens' sleep, which may lead to poorer memory and thinking skills, according to a pair of studies.

In a study on residential environment, researchers found that as noise levels steadily increased, so too did the time needed for teens to fall asleep. They also didn't sleep as long as kids in quieter, greener neighborhoods.

But as the average number of trees rose, teens dozed off sooner and slept longer.

"For adolescents, the harms of insufficient sleep are wide-ranging and include impaired cognition [thinking skills] and engagement in antisocial behavior," said study author Stephanie Mayne. She's assistant professor of pediatrics at Children's Hospital of Philadelphia and the University of Pennsylvania School of Medicine.

As such, it critical to identify ways to prevent and treat the problem, Mayne said in a news release from the U.S. National Heart, Lung, and Blood Institute.

"Our findings suggest that neighborhood noise and green space may be important targets for interventions," Mayne said.

In Mayne's study, 110 teens wore watches that measured their rest and activity for 14 days each in both eighth and ninth grades. The researchers mapped their home addresses to determine sound levels, tree cover, housing and population density.

The second study showed how sleep loss associated with reduced time in bed affected the brain waves of 77 kids aged 10 to 16.

The study was part of a University of California, Davis, Sleep Lab investigation of brain changes in adolescence. The changes were measured by electroencephalogram (EEG).

The adolescents slept with electrodes attached to their scalps to capture brain activity during one of three assigned sleep schedules for four consecutive nights. The schedules were seven, 8.5 and 10 hours of time in bed.

"Modest sleep restriction produced strong changes in the brain waves, which may explain how sleep loss impairs adolescents' cognitive function," said study author Ian Campbell, a project director at the Sleep Lab. "We were surprised by the magnitude of the effect."

The researchers found that reducing time in bed from 10 to seven hours for four straight nights decreased sleep duration on the fourth night by 23%, and all-night brain activity, which is important to memory consolidation and thinking, by 40%.

About six in 10 U.S. middle school students and seven out of 10 high schoolers do not get the recommended amount sleep on school nights, according to the U.S. Centers for Disease Control and Prevention. This increases their risk for chronic disease in the future, and studies have shown a link between insufficient sleep and a higher risk of obesity, diabetes, depression, anxiety and increased risk-taking behaviors in adolescents.

During sleep, the brain replays, analyzes information, learns and restores itself. This sustains physical and mental health, and overall performance. The researchers noted that the EEG changes in response to even modest reductions of the teens' time in bed indicate insufficient sleep recovery.

The findings were published Jan. 28 in the journal Sleep.

The National Sleep Foundation offers ideas for getting a good night's sleep.