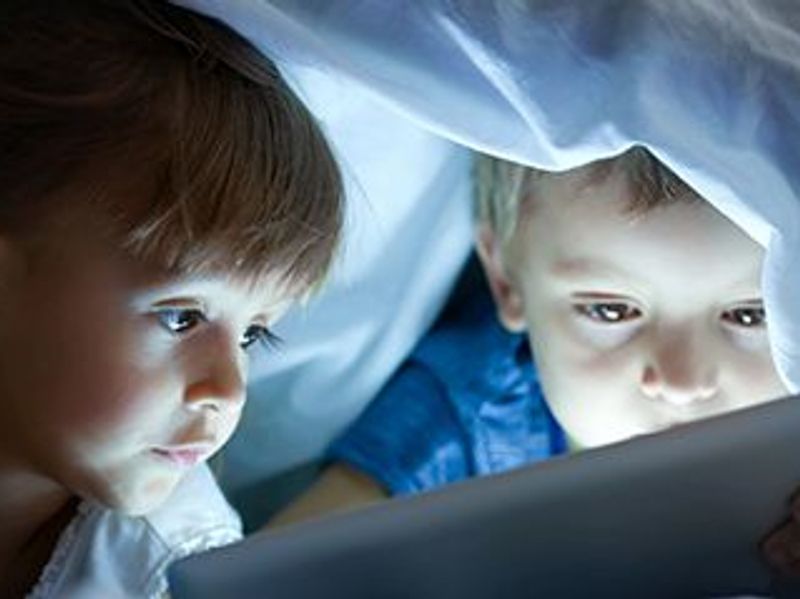 Too much screen time can make your toddler more distractible, British researchers warn.

The use of smartphones and tablets by babies and toddlers has soared in recent years.

"The first few years of life are critical for children to learn how to control their attention and ignore distraction, early skills that are known to be important for later academic achievement," said lead author Tim Smith, a professor at the Center for Brain and Cognitive Development at Birkbeck, University of London.

"There has been growing concern that toddler touchscreen use may negatively impact their developing attention, but previously there was no empirical evidence to support this," Smith added.

To learn more, Smith's team studied toddlers with different levels of touchscreen usage, assessing them at 12 months, 18 months and 3.5 years of age.

At each visit, the toddlers did computer tasks while an eye-tracker measured their attention.

Objects appeared in different locations of the computer screen, and researchers monitored how quickly the children looked at the objects and how well they ignored distracting objects.

Toddlers with high daily touchscreen use were quicker to look when objects appeared and were less able to resist distraction than those with little or no daily screen time, the study found.

Main researcher Ana Maria Portugal, an associate research fellow at Birkbeck University of London, said the team could not conclude, however, that touchscreen use caused the attention differences.

"It could also be that children who are more distractible may be more attracted to the attention-grabbing features of touchscreen devices than those who are not," she said in a news release from the University of Bath.

But co-investigator Rachael Bedford of the University of Bath said that the researchers' next step is clear.

"What we need to know next is how this pattern of increased looking to distracting objects on screens relates to attention in the real-world: Is it a positive sign that the children have adapted to the multitasking demands of their complex everyday environment or does it relate to difficulties during tasks that require concentration?" she said in the news release.

Bedford is director of the Statistical Analysis of NeuroDevelopment and Psychopathology in Infants and Toddlers lab, also known as SANDPIT.

The findings were recently published in JAMA Pediatrics.

The American Academy of Pediatrics has more on young children and screen time.