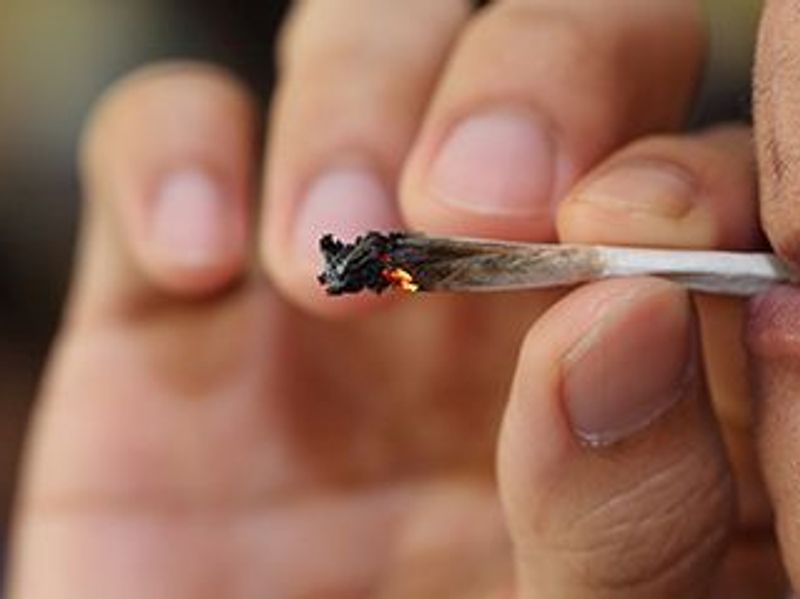 Marijuana addiction increases the risk of death by suicide, homicide and other causes (such as car crashes) in youth and young adults with mood disorders such as bipolar disorder, a new study warns.

For the study, the researchers reviewed data on nearly 205,000 young people, aged 10 to 24, in Ohio who were diagnosed with mood disorders from July 2010 through December 2017.

Marijuana addiction ("cannabis use disorder") was reported in more than 10% of people in the study. It was most common among those who were older, male, Black, and those with bipolar or other mood disorders, and a prior history of self-harm and previous mental health service use, including psychiatric hospitalization and emergency department visits.

"We also found that cannabis use disorder was significantly associated with self-harm, including death by unintentional overdose and homicide," said study author Cynthia Fontanella, who stressed however that hte study couldn't prove cause and effect. Fontanella is an associate professor in the department of psychiatry and behavioral health at Ohio State University, in Columbus.

"Marijuana use and addiction is common among youth and young adults with mood disorders, but the association of this behavior with self-harm, suicide and overall mortality risk is poorly understood in this already vulnerable population," Fontanella said in a university news release.

"These findings should be considered as states contemplate legalizing medical and recreational marijuana, both of which are associated with increased cannabis use disorder," she added.

According to senior study author Mary Fristad, "individual and family-based therapy models ... have been shown to decrease cannabis use in youth." Fristad is an emerita professor in the department of psychiatry and behavioral health at Ohio State.

The study was published online Jan. 19 in JAMA Pediatrics.

The Canadian Mental Health Association has more on mood disorders.