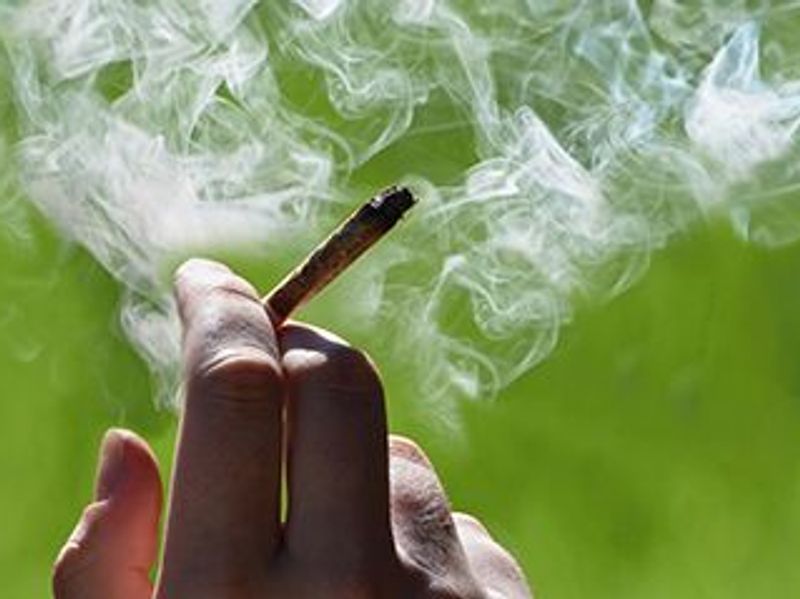 For the study, researchers looked at young adults in Los Angeles County before and after retail sale of recreational marijuana was legalized in California.

The study linked areas with many pot shops, particularly unlicensed retailers, to heavy marijuana use and symptoms of cannabis use disorder.

"Efforts to regulate unlicensed retailers and reduce the density of marijuana retailers may be important factors to be considered when developing strategies to mitigate potential public health harms from expanded legal access to marijuana," said lead author Eric Pedersen. He's an adjunct researcher at RAND Corporation, a nonprofit research organization.

The researchers noted that young adults are at risk for heavy marijuana use, and more than half start using by age 21. Heavy use can lead to physical and mental health problems, the study authors said.

The findings are from two surveys of nearly 1,100 young adults aged 21 and older in Los Angeles County.

People with a higher number of licensed marijuana outlets within four miles of home were more likely to have used pot in the past month, the survey showed.

Unlicensed outlets made up 62% of all outlets in the second survey. People in neighborhoods with a greater density of these outlets had an increased likelihood of daily or near‐daily marijuana use, more pot consumed, and more symptoms of cannabis use disorder.

"Unlicensed retailers are illegal and do not abide by licensing requirements that prohibit the sale of products from unlicensed producers or limiting the amount of marijuana that can be purchased by an adult each day," Pedersen said in a RAND news release.

"Adults who use marijuana more frequently may be drawn to purchasing from unlicensed shops because of discounted prices and lack of regulation on purchase quantities," he added.

The findings were published online recently in the American Journal on Addictions.

For more on marijuana, visit the U.S. National Institute on Drug Abuse.