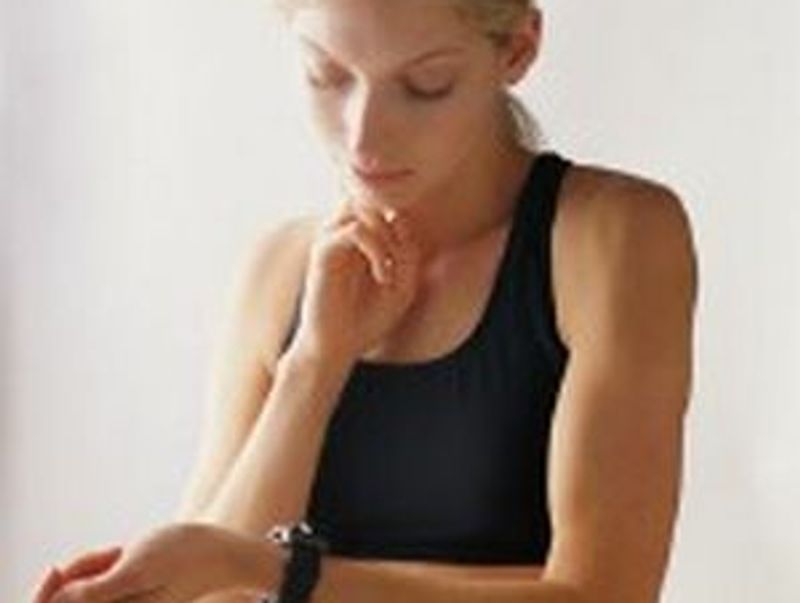 A study that examined how people walked through doorways provides new insight into anorexia's effect on a person's body image.

It's long been known that people with anorexia overestimate their body size, but this study examined unconscious body awareness -- formally called "body schema." It's the innate ability a person has to orient themselves in a room and stop from bumping into objects. Body schema usually adapts to wherever a person happens to be,. but the new study found that it might not be as adaptable in people with anorexia.

The researchers, at Ruhr University Bochum, in Germany, conducted an experiment with 23 people with anorexia and a control group of 23 people without the eating disorder. The participants were asked to pass through door frames of different widths, but weren't told that was the actual focus of the study.

"The [door] opening was adapted to the shoulder width of the subjects and varied between 0.9 times and 1.45 times this width," said study leader Martin Diers, a research professor of neuroscience.

Participants with anorexia turned their shoulders to the side with much wider doors than those in the control group, according to the report published online recently in the International Journal of Eating Disorders.

Lead author Nina Beckmann said, "This shows us that they also unconsciously assess their proportions to be larger than they actually are."

The tendency of people with anorexia to turn their shoulders at wider door widths was also accompanied by negative feelings about their body, as revealed by their responses to questionnaires from the researchers.

A combination of virtual reality and cognitive behavioral therapy may help people with anorexia overcome their distorted body schema, the authors suggested in a university news release.

The U.S. Office on Women's Health has more on anorexia.