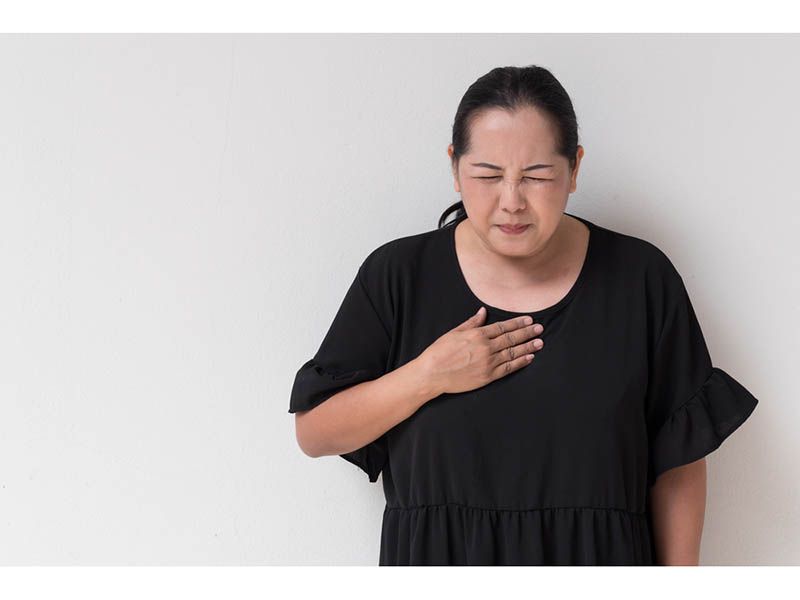 For some people with gastroesophageal reflux disease (GERD), also known as chronic heartburn, a switch to a healthier lifestyle could offer real relief from symptoms,.

New research shows that following a five-step plan -- not smoking, eating well, exercising, limiting coffee, tea and soda, and maintaining a healthy body weight -- may relieve reflux in many patients. Others may have less need for medications such as proton pump inhibitors (PPIs), researchers found.

Studying more than 9,000 women who said they had heartburn or acid reflux at least weekly, researchers found that adherence to the lifestyle guidelines cut symptoms almost in half.

"It's possible that observing an anti-reflux lifestyle could eliminate the need for medications in general or at least substantially reduce someone's dependence on them, such that they might only need to take them in a sparing way," said senior researcher Dr. Andrew Chan, of Massachusetts General Hospital in Boston. That dramatically lowers the potential for any long-term health consequences, he added.

Close to 30% of Americans suffer from chronic acid reflux, the researchers noted. It happens when your esophagus -- the tube that carries food to your stomach -- doesn't close properly. This enables your stomach contents to leak back into the esophagus, irritating it.

Smoking and obesity are known contributors to reflux, as are coffee, tea and soda, Chan said.

In terms of food, the study authors recommend a Mediterranean-style diet -- one rich in whole grains, fruits and vegetables and low in sugar and red meat.

The sum total of the lifestyle components may reduce the physical causes of reflux by improving the tone of the esophagus and relaxing the lower esophageal sphincter.

Although the study was limited to women, Chan thinks men will also respond to this program. "We have every reason to believe this is something that would be effective in reducing the risk of reflux in both men and women," he said.

Among nearly 43,000 women who took part in the Nurses' Health Study II, the researchers identified nearly 9,300 cases of chronic GERD. Those participants who adhered to a healthy lifestyle had nearly 40% fewer GERD symptoms, and many of those who followed all of the guidelines had no symptoms, the researchers found.

Each of the five lifestyle factors was independently associated with GERD symptoms.

Researchers also found that those who kept to an anti-reflux lifestyle needed to take fewer PPIs and/or H2 receptor antagonist drugs (H2RAs, which include Pepcid, Calmicid and Tagamet). PPIs such as Nexium, Prilosec and Prevacid are effective, but the results of long-term use aren't known, Chan said.

If a lifestyle change can relieve or eliminate your symptoms, Chan said that approach is preferable to relying on medications.

The drugs can be reserved for times when GERD symptoms occur, which can happen even while maintaining an anti-reflux lifestyle, he said.

Another GI expert not involved with the study agreed that lifestyle is a big influence on reflux symptoms.

"This study is a great effort at understanding how an anti-reflux lifestyle affects GERD," said Dr. Elena Ivanina, a gastroenterologist at Lenox Hill Hospital in New York City.

"The fact that these measures can prevent 40% of GERD symptoms means you could keep many patients off antacid suppressive medications," she said.

Not smoking, increased physical activity and maintaining a healthy weight are protective in many conditions, and it's important to counsel patients on these at every visit, added Ivanina.

"It is always best to prevent disease or treat with lifestyle and diet changes before medications; therefore, this study further supports a doctor's ability to convey that message," she said.

The report was published online Jan. 4 in the journal JAMA Internal Medicine.

For more on GERD, see the U.S. National Library of Medicine.