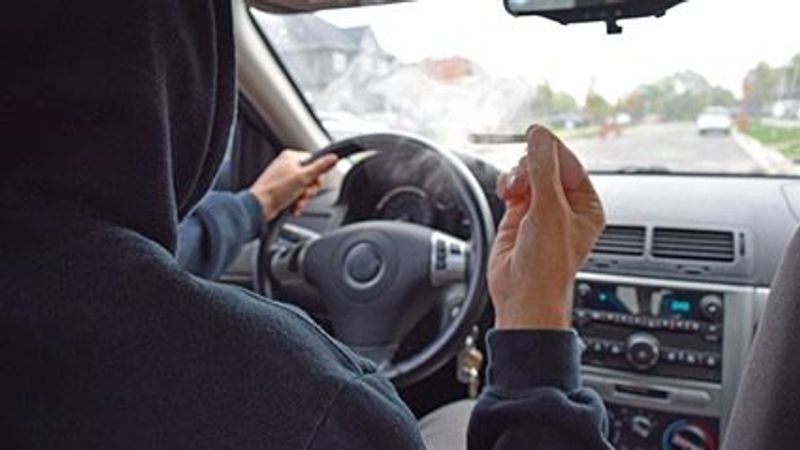 Will Pot or CBD Make You a Worse Driver?

As marijuana laws relax and the popularity of CBD products explodes, more Americans may find themselves behind the wheel after taking either of these cannabis-linked substances.

Now, an on-the-road study found that the danger of driving after consuming a marijuana product varies depending on what the main ingredient was.

If it was cannabidiol (CBD), which is often found in medical marijuana, then driving won't be impaired, researchers reported.

But if it was tetrahydrocannabinol (THC), then it might take up to four hours for potentially hazardous intoxicating effects to wear off, they said.

"The present data confirm public health concerns on driving under the influence of cannabis, but also indicate that the cannabis-induced driving impairment depends on cannabinoid composition," said researcher Johannes Ramaekers, a professor of psychopharmacology and behavioral toxicology at Maastricht University in the Netherlands.

"The level of driving impairment [seen in the study] was comparable to that observed for a blood alcohol concentration of 0.05% or higher," he said. This is just at or below the level considered to be driving drunk, depending on state law.

The use of CBD-containing products for conditions such as epilepsy, anxiety, chronic pain and addictions has become more popular, and many of these products contain a mixture of THC and CBD, the researchers noted.

For the study, the researchers had 26 people inhale vaporized cannabis that contained different mixes of THC and CBD. Participants had THC, CBD, THC and CBD combinations, or a placebo.

Then, 40 minutes later and four hours later, the study participants went on a 62-mile drive.

These findings should reassure people using products that contain only CBD that they are likely safe to drive, and help people using THC to understand how long the effects last, the study authors said.

Ramaekers said the take-home message is "not to operate a vehicle while intoxicated by cannabis unless you are absolutely sure that your cannabis strain contains CBD only."

Dr. Scott Krakower, an attending child and adolescent psychiatrist at Zucker Hillside Hospital in Glen Oaks, N.Y., said, "This study may have real-world impact, as it may help to emphasize potential benefits of CBD with limited side-effect profile."

But the public should be cautious when interpreting the findings, he added. "Ingesting or inhaling cannabis-related products while driving may be hazardous and is not recommended," Krakower said.

Paul Armentano, deputy director of NORML, which advocates for the legalization of marijuana, said the most important issue -- and one not addressed in this study -- is if these temporary, modest changes in driving behavior significantly increase the risk of a car crash.

Still, Armentano doesn't think people who use pot should get behind the wheel until its effects have worn off.

"From a public policy standpoint, these findings once again illustrate that those who consume cannabis should not drive in the hours immediately following cannabis exposure, but also reaffirm that the consumption of alcohol, even within legal limits, exhibits far greater influence on both driving performance and the risk of accident," he said.

The report was published Dec. 1 in the Journal of the American Medical Association.