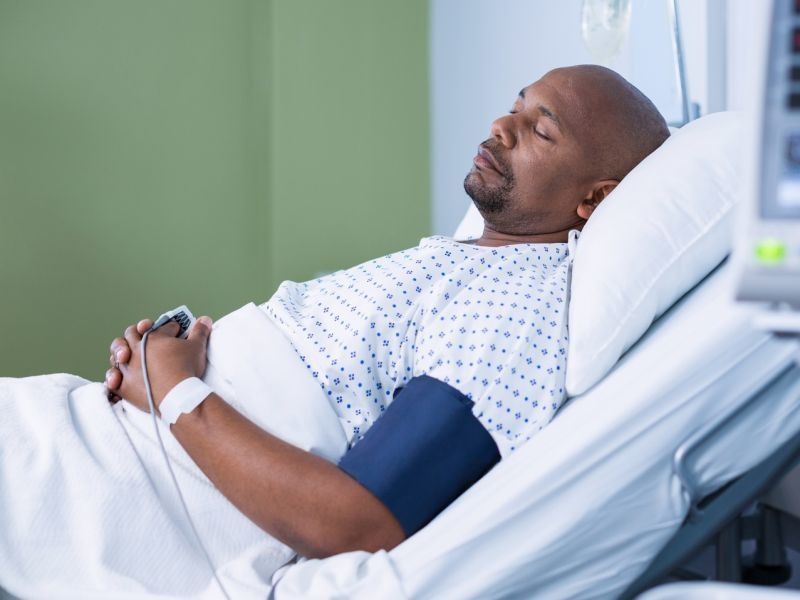 Black Americans face a heightened risk of stroke, and a new study suggests that abnormalities in the heart's upper chambers play a role.

Experts said the findings, published Nov. 25 in the journal Neurology, point to an under-recognized factor in Black Americans' stroke risk.

It has long been known that in the United States, Black adults are particularly hard-hit by ischemic strokes -- where a blood clot impedes blood flow to the brain. Their rate is twice that of white Americans.

Part of the disparity is related to health conditions that can lead to stroke: About half of Black Americans have high blood pressure, and they often develop it at a relatively young age, according to the American Stroke Association.

Some other stroke risk factors, like diabetes and sickle cell anemia, are also more common among Black adults.

Yet those "classic" risk factors do not tell the whole story, Dr. Hooman Kamel, the lead researcher on the new study, said in a journal news release.

The racial disparity in stroke risk is greatest when it comes to "cryptogenic" strokes -- where doctors cannot pinpoint the source of the blood clot.

"Better understanding of the underlying causes of these strokes is important for addressing these racial disparities," said Kamel, a neurologist at Weill Cornell Medicine in New York City.

So his team looked at whether Black and white stroke patients differed from each other in the functioning of the atria -- the heart's upper chambers.

It's well-known that atrial fibrillation (a-fib), a common heart arrhythmia, can cause a stroke. If the atria are not contracting normally, blood can pool in the heart and form clots. If a clot breaks free and travels to the brain, the result is a stroke.

But the atria can be dysfunctional in other ways, too. And in recent years, that so-called "atriopathy" has been recognized as a potential source of stroke, according to Dr. Natalia Rost.

Rost, a neurologist at Massachusetts General Hospital in Boston and fellow of the American Academy of Neurology, was not involved in the study.

"The concept of atriopathy is fairly new," Rost said. Essentially, she explained, it describes atria that are not completely healthy and have abnormal "hemodynamics" -- or blood flow -- that may raise the risk of clots.

The study involved nearly 2,400 ischemic stroke patients who did not have atrial fibrillation.

Heart imaging showed that Black patients generally had more signs of scar-like tissue in the left atria, compared to white patients. And on electrocardiograms, they showed more evidence of impaired electrical activity between the two atria.

Past studies, according to Kamel's team, have uncovered similar differences in people who have never suffered a stroke. On average, Black adults in the general population show more markers of abnormal electrical activity in the atria than whites do.

It's not clear why.

But, Rost said, the roots of Black Americans' stroke risk go deeper than health conditions such as high blood pressure and diabetes. Social and economic disparities, chronic stress and "adversities" that go back to childhood can all take a physical health toll, she said.

"So even when we say high blood pressure or diabetes can partly explain the stroke risk, it's more complex than that," Rost said.

Kamel made a similar point, saying the findings do not mean that Black and white patients have "innate biological differences" in the heart.

Instead, he said, doctors may need to update their definition of what constitutes a "disease" of the atria.

To Rost, the findings highlight a wider truth in cardiovascular disease: Much of what doctors know is based on studies of white people, particularly white men. Historically, Rost said, there has been "tremendous under-representation" of people of color, and women.

Right now, it's not clear how to detect these types of atrial dysfunction before a stroke happens -- whether the abnormalities can cause symptoms people can recognize, or whether some kind of simple testing can catch them.

With more research, Rost said, that will hopefully change.

Each year in the United States, more than 795,000 people suffer a stroke, according to the U.S. Centers for Disease Control and Prevention.

Stroke warning signs include sudden weakness in an arm, "drooping" on one side of the face, and sudden difficulty speaking, seeing or walking. Any of those problems, the CDC says, should prompt a call to 911.

The American Stroke Association has more on stroke and Black Americans.