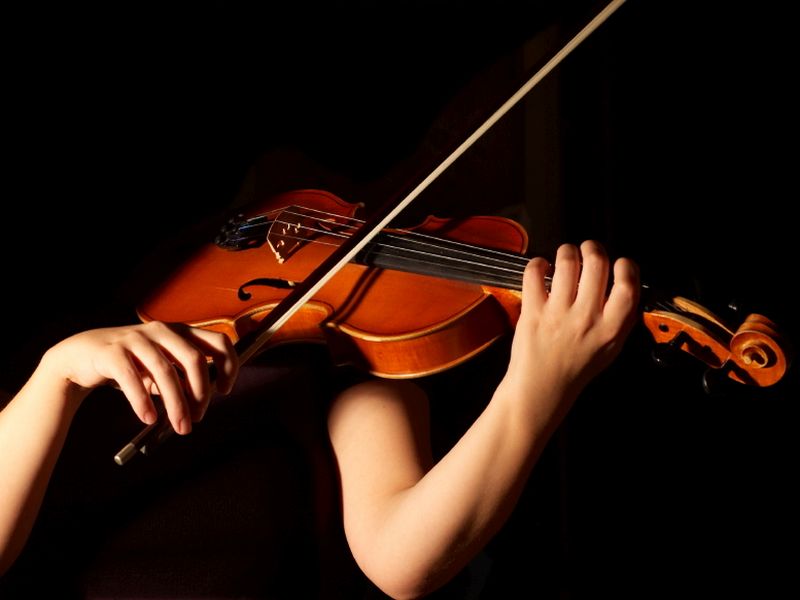 In a new study, 40 children (aged 10 to 13) performed memory and attention tasks while their brain activity was monitored with functional MRI. This type of imaging scan detects small changes in blood flow within the brain.

Twenty of the children played an instrument, had completed at least two years of lessons, practiced at least two hours a week and regularly played in an orchestra or ensemble.

The other 20 children had no musical training other than in the school curriculum.

The two groups had no differences in reaction time. But the musically trained children did better on the memory task, according to the report published online Oct. 8 in the journal Frontiers in Neuroscience.

And along with better memory recall, the musically trained kids had more activation in brain regions associated with attention control and auditory encoding -- functions associated with improved reading, higher resilience, greater creativity and a better quality of life.

"Our most important finding is that two different mechanisms seem to underlie the better performance of musically trained children in the attention and … memory task," said team leader Leonie Kausel, a violinist and neuroscientist at the Pontifical Catholic University of Chile, in Santiago.

The researchers' next step is to dig into the mechanisms they found for improving attention and working memory. They also plan to study musical training with children and possibly to evaluate a musical training intervention for kids with attention-deficit/hyperactivity disorder, Kausel said.

Do the findings mean it's a good idea to put your kids in music classes?

"Of course, I would recommend that," Kausel said. "However, I think parents should not only enroll their children because they expect that this will help them boost their cognitive [mental] functions, but because it is also an activity that, even when very demanding, will provide them with joy and the possibility to learn a universal language."

For more on children's brain development, go to the Cincinnati Children's Hospital.