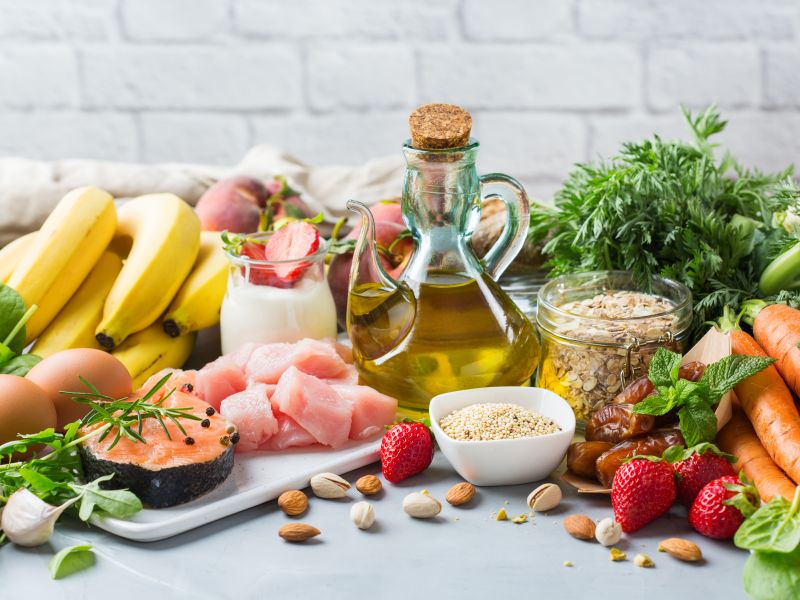 People who eat healthfully may be less likely to develop a constellation of symptoms that can precede Parkinson's disease, a large new study suggests.

Researchers found that people who closely adhered to a Mediterranean-style diet were about one-third less likely to develop at least three "prodromal" features suggestive of Parkinson's disease, compared to those who stuck with meat and potatoes.

Prodromal refers to certain symptoms that can arise years before the more obvious movement problems that mark Parkinson's. They include constipation, depression, body pain, diminished sense of smell, daytime drowsiness, difficulty seeing colors and a tendency to "act out" dreams.

Individually, some of those issues are quite common, said James Beck, chief scientific officer for the nonprofit Parkinson's Foundation. And it's unclear, he added, how often combinations of those symptoms foretell Parkinson's, specifically.

That said, multiple symptoms do suggest "something's going wrong in the central nervous system," said Beck, who was not involved in the study.

And if diet does influence the risk, he said, it will be important to figure out why.

The study, published online Aug. 19 in Neurology, is not the first to link diet to Parkinson's. Several have found a relationship between diet patterns -- or particular foods or nutrients -- and the risk of developing full-blown Parkinson's disease.

The new findings are consistent with that, said lead researcher Samantha Molsberry, a postdoctoral research fellow at Harvard T.H. Chan School of Public Health in Boston.

Her team focused on prodromal symptoms, she said, because there has been a "big push" to better understand that phase of Parkinson's. One hope is to be able to diagnose the disease earlier in its course.

Parkinson's disease affects nearly one million people in the United States alone, according to the Parkinson's Foundation.

It involves an abnormal buildup of a protein called alpha-synuclein in the brain. Over time, the brain loses cells that produce dopamine, a chemical that helps regulate movement and emotional responses. The most visible symptoms of Parkinson's are movement-related -- tremors, stiff limbs and coordination problems -- but the effects are wide-ranging and include depression, irritability, and trouble with memory and thinking skills.

But years before the "classic" symptoms of Parkinson's set in, people can develop prodromal signs.

It's not clear what sets off the whole process. But experts think the disease arises from a mix of genetic vulnerability and nongenetic factors, according to the Parkinson's Foundation. Older age is a risk factor, and studies have pointed to some environmental factors -- including job exposures to pesticides or heavy metals.

The new findings do not prove diet directly affects the risk, Molsberry said.

But, she added, there are reasons to suspect diet is involved. In theory, a healthy diet could be protective by lowering inflammation throughout the body. And, Molsberry said, early evidence suggests alpha-synuclein may actually first "misfold" and accumulate in the gut.

It's possible, she speculated, that diet could influence that process.

For this study, the Harvard team analyzed data from two long-running studies of thousands of U.S. health care professionals. The researchers used participants' responses to questionnaires to calculate diet "scores" for each.

One score gauged their adherence to a Mediterranean-style diet -- high in fruits, vegetables, legumes, fish, whole grains and unsaturated fats from sources like olive oil.

Overall, people who scored in the top 20% were one-third less likely to develop multiple prodromal symptoms over 20 years, compared to people in the bottom 20%.

The findings were similar when researchers used another diet score, called the Alternate Healthy Eating Index. Again, people on the high-scoring end ate plenty of fruits, vegetables and whole grains, but went light on red meat, sugar and saturated fat.

Beck said more research is needed to understand why diet is linked to prodromal features. "Is it because people on a healthy diet have less exposure to pesticides or heavy metals?" he said. "Is there an effect on inflammation?"

In the meantime, there is no downside to replacing junk food with fruits and vegetables, Beck suggested.

Molsberry agreed. "I think this is one more reason to encourage people to eat a healthy diet," she said.