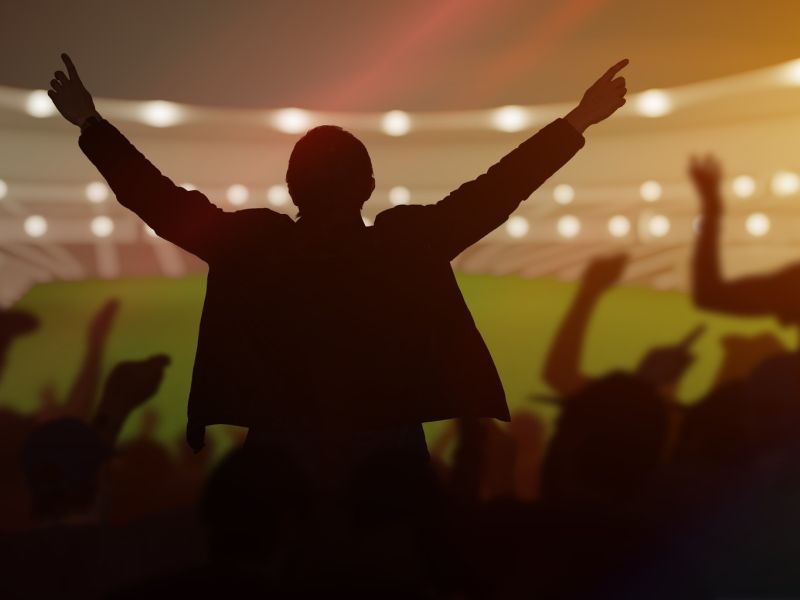 Restarting professional sports with fans in attendance may not be a good idea as it may increase COVID-19 deaths, a new flu study suggests.

Cities with pro teams appear to have more flu deaths than cities without them, which may be important as the NBA, NFL and other leagues consider playing games while the coronavirus pandemic continues, researchers say.

Several professional sports leagues in the United States have said they plan to resume play without fans in the stands while many soccer leagues around the world are doing the same, but France, Japan and Spain have announced plans to allow some sports fans back into stadiums before summer's end.

In the flu study, data from the U.S. Centers for Disease Control and Prevention from 1962 to 2016 indicate that flu deaths increased 5% to 24% during the NFL, NBA, NHL and MLB seasons. The biggest increase was for NHL games.

Because COVID-19 is more contagious than the flu, researcher Brad Humphreys said, "Don't let the fans back into the games." Humphreys is a professor of economics at West Virginia University.

"Opening pro sports games to fans is probably a terrible idea, in terms of public health," he said in a university news release. "You're right on top of people and everybody's yelling, screaming, high-fiving and hugging. And you've got people eating and drinking. You could be putting the virus right into your mouth. The bottom line is we need to be very careful if we're considering opening up games to the fans."

According to the data, sports venues add 30 or 40 additional deaths over the flu season. With "a virus that's more fatal, like COVID-19, we could be talking about hundreds of additional deaths because of these games," Humphreys explained.

Also, when seasons were suspended due to strikes or lockouts, flu deaths declined, the researchers said.

Humphreys and his colleagues hope this research will also help inform decisions on other mass gatherings, such as concerts, conferences and conventions.

"You'll have some people say, 'Oh, but everybody can wear a mask.' But you've seen how people are complying with that, right? And if these arenas are at full capacity, social distancing isn't happening," Humphreys said.

"Bringing fans back to games would be a huge mistake," Humphreys added. "Imagine someone going to a game and sitting in the stands and then they go see grandma at the nursing home. Let's wait until we have a vaccine or reach herd immunity."

For more on COVID-19, head to the U.S. Centers for Disease Control and Prevention.